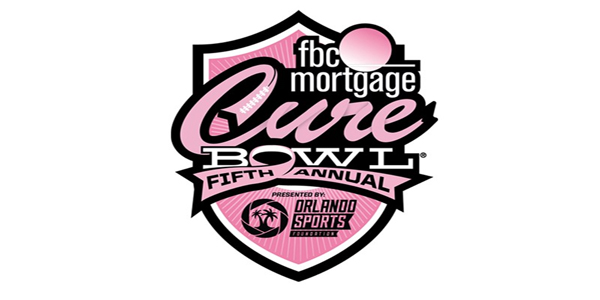 Liberty and Coastal Carolina were supposed to play back on December 6. The game was canceled because of COVID issues with Liberty. We were instead treated to maybe the single best college football game of the season between Coastal Carolina and BYU.

Liberty and Coastal now meet a few weeks later in the Cure Bowl in Orlando, Florida. Coastal Carolina is -7 with a total of 59.5 at BetOnline Sportsbook. This line opened lower than 5 and peaked as high as 7.5, but has since fallen back down onto 7 with varying juice. The Chanticleers were unable to play last week’s game against Louisiana because of COVID concerns, so there is some uncertainty as to whether or not all hands will be on deck.

Let’s take a look at this one and handicap the two sides of the coin.

Liberty had an excellent regular season. The team’s lone loss came against NC State, but the Flames did cover the number as a four-point underdog in the one-point loss. Hugh Freeze has certainly proven his coaching chops again with the Flames, who have scored 39.4 points per game. The only time they were held under 30 was that loss to NC State.

Liberty has outscored the opposition by nearly 19 points per game, but it is important to put into context the schedule that the Flames played. They did beat Virginia Tech and Syracuse on the road, but their other wins are Western Kentucky, FIU, UL Monroe, Southern Miss, Western Carolina, and UMass.

While that strength of schedule is certainly questionable at best, it is worth noting that Liberty played to or exceeded expectations based on the betting odds in nearly every game. They outgained the opposition 6.72 to 5.00 in yards per play over the course of the season. That is dominance.

Malik Willis missed a game with COVID, but the Auburn transfer was sensational this season. He posted a 20/4 TD/INT ratio while completing 64% of his passes. He also led the team with 807 rushing yards and 10 touchdowns. This is a Liberty team that had 18 plays of 40 or more yards and 10 plays of 50 or more yards. They moved it in chunks and Willis was the leader of a dynamic offense that wants to achieve the same things that Coastal Carolina does.

A big key to the success for each of these teams has been the ability to play keep away. Liberty possessed the ball for 33:10 on average. Coastal Carolina possessed the ball for 34:15 on average. For the Chanticleers, that ranked fifth nationally and first among teams to play 10 or more games, of which there weren’t many. For frame of reference, Army was second on the list of teams with 10 or more games in that regard.

Grayson McCall took excellent care of the football with a 23/2 TD/INT ratio during the season. He also completed 69.3% of his passes as a redshirt freshman out of Indian Trail, NC. The Coastal offense under the guidance of head coach Jamey Chadwell uses a ton of pre-snap motion to get defenders confused and moving and likes to run a lot of misdirection. It helped running back CJ Marable to 844 yards on 162 carries in the regular season with 12 rushing scores. McCall had six rushing scores of his own.

It also doesn’t hurt that Coastal Carolina is +21 in sack margin. They put the opponents behind the chains and they stay ahead of them, so they have been able to do an excellent job getting third-and-shorts while forcing opponents into third-and-longs. Not surprisingly, the Chants rank fourth in the nation in third down conversion rate.

The first time these two teams were supposed to play, the line was in the 4 or 4.5 range and then started getting bet up when Liberty was reported to have COVID issues. It eventually got all the way to double digits before the game was called up. This line does give Coastal the benefit of the doubt with the win over BYU and also likely factors in how Liberty hasn’t played since November 28.

On the other hand, these two teams are strikingly similar. They both control the ball. Both have mobile quarterbacks, though Willis is a better runner than McCall, while the CCU product is the better passer. They are well-coached teams.

Add it all up and seven looks like a few too many points.

Get A 100% DEPOSIT MATCH BONUS FROM BETONLINE SPORTSBOOK