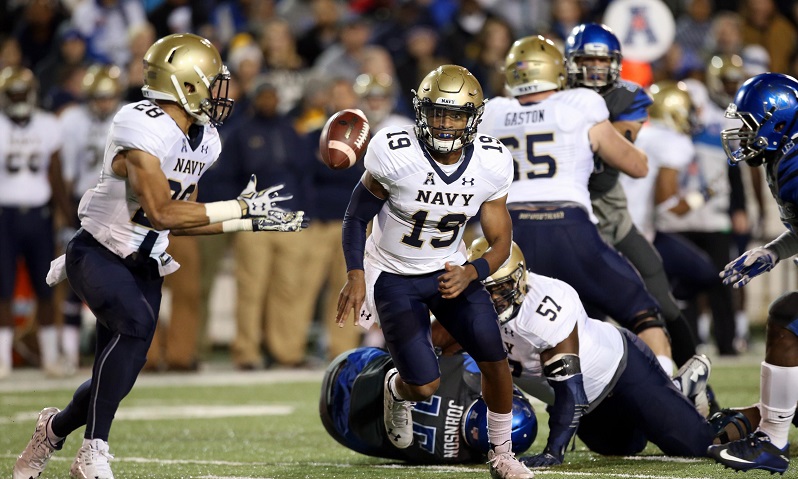 Week 7 of the 2021 college football season continues Thursday, October 14, with a couple of games around the country, so we bring you the best Navy vs. Memphis betting pick and odds, as the Midshipmen square off against the Tigers at Liberty Bowl Memorial Stadium in Memphis.

According to Bovada Sportsbook, the Tigers are 9.5-point home favorites to win this American Athletic Conference showdown. Memphis has won three of its last four games against Navy, but the Midshipmen have covered three times in that span.

The Midshipmen battled bravely against No. 24 SMU

Navy limited SMU to only 80 rushing yards, but as it was expected, the Mustangs exploited the Midshipmen’s secondary for 324 yards. On the other side of the ball, Navy finished with 177 rushing yards, while sophomore QB Tai Lavatai completed four of his seven passing attempts for 64 yards and a TD.

The Memphis Tigers (3-3; 2-4 ATS) started the 2021 CFB season with three consecutive wins. Since then, it’s been a bumpy road for the Tigers, who have gone 0-3 straight up and ATS over the previous three weeks.

The Tigers are coming off a 35-29 defeat at the Tulsa Golden Hurricane this past Saturday. They failed to cover a 3-point spread despite 614 total yards on the offensive end. Freshman QB Seth Henigan tossed the ball a whopping 57 times for 463 yards and a couple of scores and picks; Calvin Austin III had 13 receptions for 200 yards and a TD, while Brandon Thomas added 18 carries for 77 yards and two touchdowns.

The Tigers have just allowed 5.1 yards per rush at Tulsa, while the Midshipmen have kept it close against the SMU’s powerful offense. Navy will run the ball heavily in this one, but the visitors will also have a chance to take advantage of the Tigers’ fragile secondary.

Memphis should win on the back of its prolific offense. However, I don’t feel comfortable with a spread because of the Tigers’ leaky defense. Memphis is only 2-6 ATS in its last eight outings as a favorite of 9.5 or more points (7-1 straight up).

Although both teams will carry the pigskin a lot and eat the clock, they should combine for at least 53 points. I’ve mentioned the Tigers’ defensive woes. They’ve yielded 29 or more points in each of their last five showings.

On the other side, the Midshipmen have surrendered 28 or more in each of their five outings this season. The over is 9-4 in Navy’s last 13 games played in October, and it is 9-2 in the Tigers’ previous 11 showings in October.