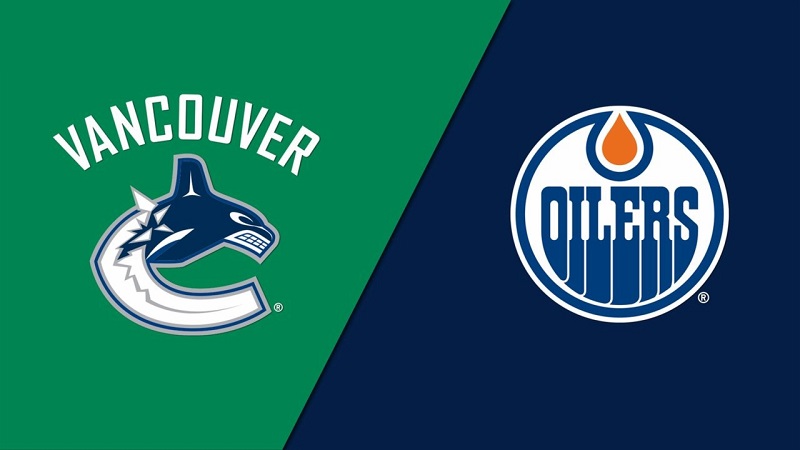 The NHL betting action is back, so we’re taking a closer look at the Pacific Division showdown from Rogers Place in Edmonton, Alberta, bringing you the best Canucks vs. Oilers betting pick, tips, and odds.

Edmonton went 6-4 against Vancouver this past regular season, and the Oilers opened at -170 for Wednesday’s clash at home. The Canucks are +153 moneyline underdogs with a total of 6.5 goals on Bovada Sportsbook.

The Vancouver Canucks went 23-29-4 last regular season and finished bottom of the North Division. They missed the playoffs for the fifth time in the last six years, so head coach Travis Green will be under huge pressure in his fifth season at the Canucks’ helm despite signing a multi-year extension five months ago.

During the preseason, the Canucks have recorded two wins and five losses, including a couple of 3-2 defeats against the Oilers. They’ve scored 15 goals in the process while surrendering 23 in a return. Last season, the Canucks were 24th in the league in goals scored per game (2.64) and 26th in goals against (3.34).

The 22-year-old center Elias Pettersson played just 26 games in 2021 and accounted for 10 goals and 11 assists. If he stays healthy, Pettersson will be a key guy for the Canucks this time around. Winger Brock Boeser led the way last season, tallying 49 points through 56 games (23 goals and 26 assists), but he’s questionable to play Wednesday against Edmonton due to an undisclosed injury.

The Edmonton Oilers have struggled mightily over the last 15 years. Just three playoff appearances and a bunch of playoff losses for the Oilers in that stretch. Edmonton went 35-19-2 this past regular season and finished second in the North Division, but the Oilers got swept by the Winnipeg Jets in the first round of the 2021 Stanley Cup.

Centers Connor McDavid and Leon Draisaitl combined for a whopping 189 points last regular season, while defenseman Tyson Barrie added eight goals and 40 assists. The Oilers were seventh in the league in goals scored per game (3.27) and 12th in goals against (2.75).

During the preseason, Edmonton has recorded six wins and a pair of losses to Winnipeg 5-1 and Seattle 2-1 in overtime. The Oilers have conceded 17 goals in the process while scoring 26 in a return.

It’s the second day of the new season and the opening clash for the Canucks and Oilers, so it’s hard to say what will happen even though Edmonton beat Vancouver twice in the preseason. I would lean on the Oilers’ offense to make the difference, especially in front of the home fans.

Thatcher Demko should guard the cage for the Canucks, and he’s 3-6-0 with a 3.04 against the Oilers. Last season, the talented 25-year-old goalie went 16-18-1 with a 2.85 GAA and a .915 save percentage. If Demko and Mike Smith put on a strong performance, we shouldn’t see a proper high-scoring affair even though both teams have some big guns up front.

Six of the last ten meetings between the Canucks and Oilers went in the over, but four of the previous seven saw five or fewer goals on the scoreboard.