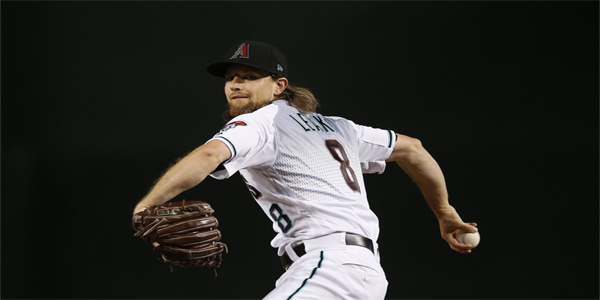 Players are given the freedom to make their own decisions about playing their respective sports when things start up again. We’ve already seen players in the NBA and MLB opt out and we are sure to see more with NHL, NFL, and college football as well.

All of these things could have an impact on the futures market, whether they should or shouldn’t. Betting odds are fluid situations. Anything that alters a team’s perception or actual chances is accounted for accordingly, whether that happens from a bookmaker’s adjustment or from betting activity.

Some opt outs will mean a lot more than others. Take Mike Trout for example. In a 60-game sample size, can they Angels go 35-25 without the world’s best baseball player? Sure. It’s possible. Does it lessen the likelihood that they do? Most definitely. Trout’s wife is pregnant with their first child and she isn’t the only wife or girlfriend that is pregnant around the league.

We’re not even talking necessarily about the chances of getting the virus and subsequently giving it to the baby and the significant other. We’re talking about being quarantined for 14+ days having just become a father or becoming a father for the second, third, fourth, fifth, or 25th time, in the case of Philip Rivers (whose wife is not pregnant, as far as we know).

Dabbling in hypotheticals and getting out in front of the market could make some sense in these scenarios. Maybe you go ahead and bet the Angels under 31.5 or look to go ahead and take the Oakland A’s or Houston Astros to win the AL West with what you perceive to be one fewer contender in the division.

There is a very sound and logical case to be made that the Angels would likely struggle without their best player. It is a tad surprising that some sportsbooks still have that win total line up, given the fluidity of the situation. Trout is practicing with his teammates in Summer Camp, but he acknowledged that he might not play the whole year.

This is also a key part of the equation. While Trout’s wife is due in August, and it could cause him to sit out the entire 60-game season, other players wives may be due in September or October. Some, like Gerrit Cole’s wife, just had a baby, so he could, conceivably, get a late start and not be ready by July 23.

As bettors, we are constantly looking for information and are thinking about ways to process it. A guy like Trout is a big name. A guy like Mike Leake really isn’t. Leake was going to be the highest-paid player on the Diamondbacks roster this season. There could have been a forced justification to let him pitch based on that. His innings in a 60-game sample size were likely to be more harmful than helpful because he just isn’t a very good pitcher and the Diamondbacks have better options.

Not to be callous or make light of a challenging decision for these players, but some opt outs, like Leake’s, are going to be addition by subtraction. Some, like Felix Hernandez of the Braves or Joe Ross and Ryan Zimmerman of the Nationals, aren’t going to really move the needle one way or the other.

David Price opted out for the Dodgers, which is a bummer given that he was poised for a solid season in a great pitcher’s ballpark away from the AL East, but the Dodgers have more than enough pitching to compensate. How much does that loss mean? To the Dodgers, probably not much. But a pitcher of Price’s caliber would mean a lot more to another team.

Bryce Harper, who already has a young child and also a pregnant wife at home, eased some concerns about his availability over the weekend with a video about his thoughts and his stance on the return to play.

However, something else to keep in mind here is that players could make decisions as the season is going. A nagging injury may turn into leaving the ballclub citing health concerns. A change in a family situation, like a positive COVID test for a son or daughter, could cause a player to rethink what his choice is.

Betting any futures market is going to be especially difficult with what these leagues are trying to put together and with how many hurdles and stumbling blocks there are going to be. In so many ways, this could come down to luck, not only because of injuries and illness, but because of the inherent variance of a 60-game season.

Remember, last year’s World Series champs were 19-31 through the first 50 games. It happens. The Mariners started 13-2 and would have been very well-positioned to go on a run. They didn’t, but playing .500 ball at say 22-23 over the last 45 games would have put them at 35-25. That may be good enough to win divisions.

With each bit of news that comes out, you will be tempted to get involved in futures, but understand the magnitude of what these announcements actually mean. Losing a guy like Price means maybe losing 10-12 starts. Can somebody else, even a lesser pitcher, do better than Price in that small of a sample size? Yes. Can a lesser hitter do more than Trout in a 60-game sample size? For sure, albeit unlikely.

Tread very, very lightly in the futures markets with all sports, but especially MLB.