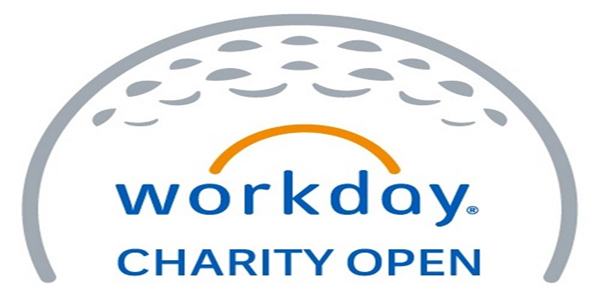 There was some uncertainty as to whether or not the Workday Charity Open would have a strong field. On one hand, the $6.2 million purse is a little low by PGA Tour standards. On the other hand, this is basically a chance to get in four practice rounds before the Memorial on the same Muirfield Village course in Dublin, Ohio. And to get paid for them!

Barring ay late withdrawals, seven of the top 15 in the Official World Golf Ranking are on hand for this week’s event. This event essentially replaces the John Deere Classic with the alterations to the schedule due to COVID-19. Even though the purse is a touch smaller for this event than most, and over $3 million smaller than next week’s Memorial, this is still a full points event for the FedEx Cup.

Odds are posted for the full field down below the article, but we’ll drop in some prices as we handicap this week’s Workday Charity Open with a focus on players that do well on Jack Nicklaus’s home course and those that are in top form.

Justin Thomas is the favorite for this week’s event, which will be the first since the return without Bryson DeChambeau. Rory McIlroy, Dustin Johnson, and Tiger Woods are among those not in the field, but all are expected next week for the Memorial. Thomas is +1110 at 5Dimes Sportsbook early in the week, with Jon Rahm second at +1310, Brooks Koepka third at +1360, Patrick Cantlay fourth at +1410, and Hideki Matsuyama fifth at +1610.

The second-tier depth of this event seems a little bit weaker, but we still have Gary Woodland, Marc Leishman, Matt Kuchar, Matthew Fitzpatrick, Jordan Spieth, Joaquin Niemann, Scottie Scheffler, and Bubba Watson in the 40/1 to 60/1 range.

A lot of guys have made the PGA Tour courses look like municipal tracks since the return. Muirfield Village should play a lot tougher this week. This course has not only hosted the Memorial annually, but has also hosted the Ryder Cup and the Presidents Cup. Extremely dry, drought-like conditions have plagued Ohio over the last few weeks, so course officials will have some work to do greening things up a bit, but this course should play much tougher than what we’ve seen recently.

Patrick Cantlay conquered the course last year shooting 19-under, but the previous winning score average was 13-under from 2012-18. Only seven of the 18 holes played to an under par average in the Memorial. All of the par 5s played below par, so this event, much like last week at Detroit Golf Club, will be about par 4 scoring.

This is a par 72 that is nearly 7,400 yards. Approach accuracy is a big deal as every green has some sort of hazard, including several with water. The rough should be more penal than it has been in recent weeks. Some PGA Tour players voiced their displeasure with how easy it has been to just hit it as far as possible and play a second shot from wherever.

This is our Horse for Course section, so for those that like course form, this is for you. This event hasn’t been a putting tournament like several others. Guys like Byeong Hun An (+6600) and Hideki Matsuyama have played really well here, even though neither guy is viewed as a good putter. An has four top-25 finishes in the last four years. Matsuyama won here in 2014 and has two additional top-10 finishes.

On the other hand, Justin Rose has a win, two runners-up, and three other top-10 finishes dating back to 2008 and he has traditionally been a great putter.

Leishman has four top-15 finishes in his last five trips to Muirfield Village. Spieth has three.

Most of the top guys in SG: Approach last week putted poorly at Detroit Golf Club and that event is really a putting tournament. Henrik Norlander was the only one that made the cut of the top four in SG: App. Others that played really well in that department were Hovland (+2200), Hudson Swafford (+20000), and Ryan Armour (+9000). Hovland was third in SG: Approach two weeks ago. On a course that devalues putting, he’s a great bet this week.

Armour might not be a bad play this week for top 20 or top 10 props. The Ohio State Buckeye was 22nd last year and 23rd two years ago at Muirfield Village. He’s finished fourth and sixth the last two weeks. Winning this would be a challenge, given that he’s got one PGA Tour win in his career and he’s 44 years old, but the prop market might be a good look for him.

Kevin Streelman (+6600) was dialed in on approach at the Travelers two weeks ago. He did not play in Detroit last week. Streelman actually has three top-15 finishes in his last four starts at Muirfield Village. The price is not great, but that’s also because he was runner-up two weeks ago at the Travelers. Between course form and recent form, we get a depressed price.

If we’re talking about iron play, it is really hard to overlook Collin Morikawa. Morikawa was second in the return at the Charles Schwab Challenge, but then finished 64th and missed the cut in his next two events before taking last week off. He hasn’t played here, but he’s one of the top iron players on tour at +3300.

I’m all about Viktor Hovland this week. This tournament downplays putting prowess and the putter is the weakest part of Hovland’s game. He hasn’t won a full-field event yet, with his lone PGA Tour win in the Puerto Rico open. This feels like the one. He’s only 22/1, but this is the right type of event for him.

Kevin Streelman also makes the cut here at +6600. He’s in pretty good form with the runner-up at the Travelers. He narrowly missed the cut at 2-under in the RBC Heritage and had a horrendous putting effort at the Charles Schwab Challenge.