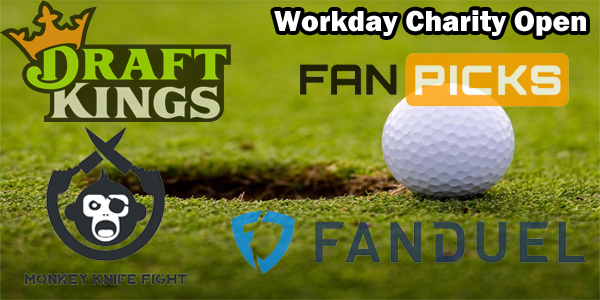 Muirfield Village is so nice, they’ll play it twice. This week’s Workday Charity Open and next week’s Memorial Tournament will both take place in the Columbus suburb of Dublin, Ohio, as Jack Nicklaus’s home course hosts back-to-back events. The Workday Charity Open has a much smaller purse, but a lot of top players are on hand anyway for a paycheck at the most and a few reps in advance of next week’s tournament at the worst.

As always, we’re seeking out the best bargains in the DFS bin with this article. It isn’t hard to put a bunch of top players in your lineup, but it might be hard to figure out who to pick when your salary cap is running low.

Salaries are from DraftKings as we take a look at this week’s Workday Charity Open.

Corey Conners ($7,600) – The second time around at Muirfield Village should go better for Corey Conners. He finished 65th in the Memorial last year. Here, he’ll come off the shelf following two weeks away from the game. He was 21st at the RBC Heritage and 19th at the Charles Schwab Challenge, so he was in fine form before taking a couple of weeks off. The problem for Conners is almost always on the greens. This course is not nearly as penal for bad putters as most. Instead, we can look at how Conners is 18th in SG: Approach, 15th in SG: Off-the-Tee, and 23rd in SG: Tee-to-Green. A lot of people like Viktor Hovland this week because putting isn’t as important here. Conners is almost a poor man’s version of that this week.

Ian Poulter ($7,500) – I mean, come on. Ian Poulter is solid. Does he have a lot of upside? Well, that remains to be seen. He did post a triple-digit effort two events ago at the RBC Heritage. Poulter skipped last week’s tournament in Detroit after shooting 2-under in the Travelers Championship, but he’s likely going to give you a lot of points throughout the weekend because he’s made 10 of 11 cuts. Poulter hasn’t played here in forever, so the course will be pretty new for him, but this is a course that relies heavily on SG: Approach and Poulter is solidly in the top 100 in that department, along with sitting in the top-35 in SG: Around the Green and 30th in SG: Total.

Ryan Armour ($7,400) – The local angle worked pretty well for the most part with Brian Stuard last week in Detroit. Now we’ve got one with Ryan Armour in Columbus. The Ohio State Buckeye has finished 22nd and 23rd at Jack Nicklaus’s course the last two years. Armour is in fine form, with a fourth last week in the Rocket Mortgage Classic and a sixth in the Travelers. Armour, who buried an ace last week, has 45 birdies against 14 bogeys and a double in his last two events. He’s been racking up the SG: Approach the last two weeks and obviously feels comfortable at this course.

Hudson Swafford ($6,600) – Alright, now we’ll get to the clearance aisle. Hudson Swafford was 30th last week at the Rocket Mortgage Classic and actually played relatively well at the Travelers, despite missing the cut. Swafford putted poorly in Detroit, but was sixth in SG: Approach and played really well tee-to-green. He’s definitely well down the board as far as price goes, but his iron play has been pretty solid for long stretches over the last couple of years.

Henrik Norlander ($6,500) – Henrik Norlander led the field in SG: Approach last week in Detroit and now has 32 birdies against four bogeys and a double over his last two events. Norlander has not putted well, but this course is less about putting and more about ball striking on the way there. This is his first visit to Muirfield Village because the Memorial is an invitational event, but 33-year-old Swede is playing some of the best golf of his career with two top-10 finishes this season. He ranks in the top 80 in SG: OTT and now top 80 in SG: APP. That’s not bad for this price point.