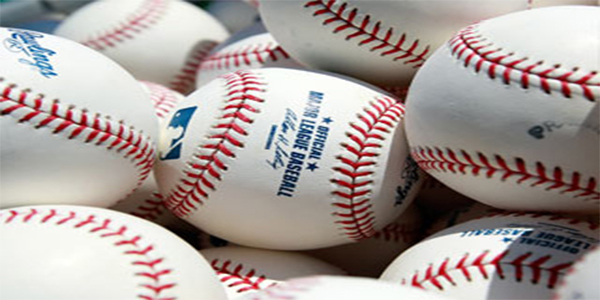 While entities like the NHL, NBA and various soccer leagues are going through their plans by which they are going to move forward with play, heavy doubt exists as to whether Major League Baseball will be able to arrive at a plan to get their 2020 campaign started.

As BetAnySports patrons have mulled over the possibilities, there are real concrete roadblocks in the way of an agreement that would get the show on the road.

What is crystal clear is that there is genuine dispute between the baseball owners and the Players Association, which mast just be the most powerful union in America.

It’s not only the issues; it’s over interpretation of what was said and what it means.

Let’s do out best to explain.

Back in March, when all sports were being shut down, including MLB’s spring training, a tentative agreement was made that called for prorated salaries for the players, should a partial season be played. What that means, in effect, is that if a half-season was played, there would be half-salaries paid. And the players agreed with that.

What’s next is a little murky.

When it became apparent that if a season was going to be played, it would have to take place without any fans, the owners switched gears. Because they were going to have to go without any revenues from ticket sales, that changed the economics for them. And so they turned around and claimed that the only way they could move forward, even with an 82-game season, as was proposed, was to structure things in terms of a 50-50 revenue share with the players.

This was turned down flat by the MLBPA, because as far as they were concerned, it amounted to a cap on salaries. Financially speaking, that would be correct, since the revenues available for them would be finite. And the players’ contention is that when prorated salaries were proposed, it was with the acknowledgment that fans would not be part of the financial mix.

The owners claim otherwise. They have indeed forwarded correspondence to certain media outlets indicating that they were allowing for the fact that a fan-less season would call for some restructuring, because, as they have said, the salary adjustments did not take that contingency into account.

Owners assert that they will lose about $4 billion collectively if they are not able to adopt the revenue-share model. That much came from commissioner Rob Manfred in televised interviews. And speaking of interviews, Tampa Bay’s Blake Snell, who won the Cy Young Award just a couple of years ago, did not win any fans for himself with his “I gotta get my money” comments, which could only fuel a message of greed to folks who are still sitting at home wondering when they are going to be able to work again.

Aside from their problems with a cap-like structure on principle, the players also point out that it’s also extremely difficult to determine what the revenues of the MLB teams are and which of those would go into the formula. And they also say that the claims of likely losses don’t take certain revenue streams into account.

MLB’s teams are private entities, and as such their “books” are not made public. And there are more sources of revenue available now then there ever have before, when you consider merchandising, regional sports networks, naming rights, internet operations, and enterprises that are collateral to their “physical plant.” For example, the San Francisco Giants just announced that they are embarked on a plan to develop land around their ballpark that will amount to a project worth over $2 billion.

So if there is going to be a solution in sight, it is going to have to come by way of one side or the other bending an awful lot. If that doesn’t happen, it will hurt fans – and bettors.

At BetAnySports, we’re confident of seeing something break in the MLB negotiations, because fans love their baseball! And when that happens, you can count on the fact that they’ll have the most comprehensive collection of wagering options available…….. And check out Sports Betting Prime, where you will find a lot of menu options for live wagers on sports around the world!…… Also, don’t forget that there are five different casino options, including two with live dealers………. To open up an account, simply use your debit card or credit card, person-to-person transfers or the virtual currency of Bitcoin, which is fast and easy with their automated system, and NEVER incurs a transaction fee!

NBA Betting — July 15 May Be Date For the Re-Start