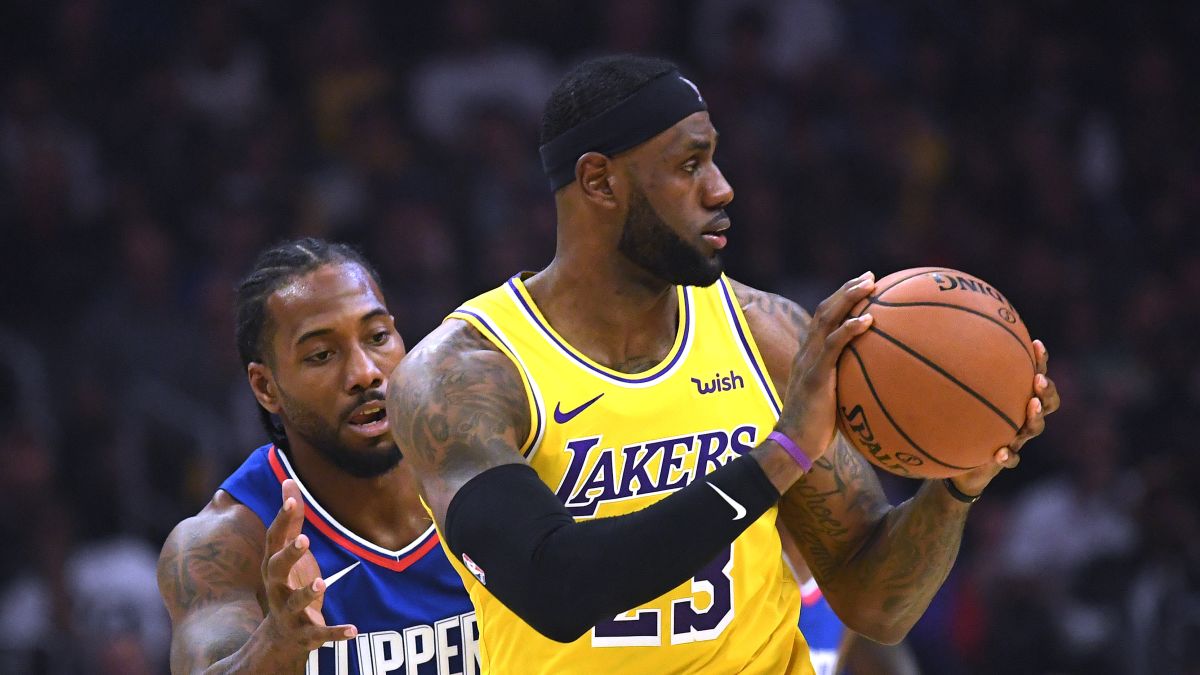 NBA Betting — July 15 May Be Date For the Re-Start

In less than ten days, all the NBA teams will be receiving guidelines for how to go about opening up training facilities in preparations to resume the season.

BetAnySports customers who like to wager on hoops will be encouraged to know that Commissioner Adam Silver is expected to put forth some direction on June 1 as to how to call players back so they can participate in group workouts. Up to now, the norm has been for players to work out on their own.

So the way it could roll out is probably like this: players will come in for a two-week period of quarantine, in the team’s home areas, while those individual workouts continue, Then there will be something resembling a genuine training camp, which would last for a few weeks.

We’re not sure if this is any indication, but Spencer Dinwiddie of the Brooklyn Nets has tweeted that the season will start again on July 15.

Where the games will take place is another question. But it is hardly without answers.

The NBA knows that it can set up shop in Orlando, at Walt Disney World, where there are plenty of accommodations and facilities. Las Vegas was also said to be in the running, although that might not be the case any more. There has been quite a chasm between the attitudes of the respective governors of Florida and Nevada as far as “opening up things.”

Orlando also carries the advantage of being located within an area that has not been hit very hard by the cornoavirus.

One thing they may not have much of a problem with is getting international players back into the country. The cooperation of the Trump administration is expected; after all, he has met with many of the sports “commissioners” about how their respective sports can open up feasibly. And the prez can probably wave a magic wand and make it happen.

Some governmental entities are not as cooperative, or flexible. In New York, for example, Governor Cuomo has a “stay-at-home” order in place until June 13, and even that can be extended. So this would handcuff the Nets and New York Knicks a little, unless they decided to go to another state, like Connecticut, to conduct the training camp. Otherwise, they will fall behind.

How involved the Knicks specifically are going to be in all this is something that has yet to be answered. Will the NBA adopt a plan very much like the NHL, which is going directly to the playoffs and expanding the field? Will it just be eight teams from each conference? Will there be some “play-ins” for many of the teams? Or will all of the 30 clubs participate to end the regular season and then go from there?

These are details that are being discussed between the owners and the Players Association. If the format eventually settled upon leaves some teams completely out, will their players get paid, even though they’re not, well, playing? We may not be sure of those answers quite yet.

But you can probably go to the bank on the fact that the NBA will figure out a way to get up and running. They have thought progressively about this from the moment the shutdown was announced.

Future odds on the NBA will be posted at BetAnySports the second the plans for the rest of the season are announced. For the time being, you can enjoy wagering on hockey from Russia, along with other activities such as Taiwanese and Korean baseball, soccer from Germany’s Bundesliga, plus NASCAR, the UFC and horse racing!……… And don’t forget that there are five different casino options, including two with live dealers………. To open up an account, simply use your debit card or credit card, person-to-person transfers or the virtual currency of Bitcoin, which is fast and easy with their automated system, and NEVER incurs a transaction fee!