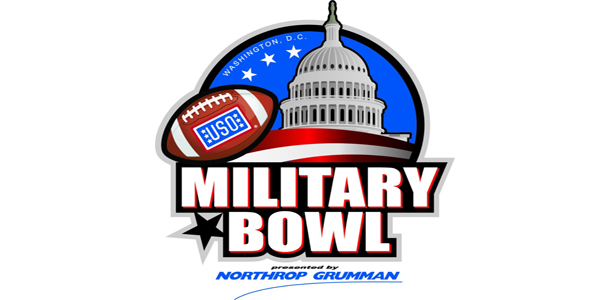 Maybe a new place will help Rod Carey get a bowl win. The first-year Temple head coach is 0-6 in bowl games in his career. All of those losses came with the Northern Illinois Huskies, who were often punching above their weight class in December and January. Carey’s Owls take on the North Carolina Tar Heels in this year’s Military Bowl in Annapolis, Maryland.

Some of the line from down from UNC -6 to UNC -4 could be related to Temple’s proximity to Annapolis, which should lead to a pretty pro-Owls crowd, but the underdogs have a terrific defense and that is likely the primary factor. Temple finished the regular season tied for 14th in yards per play allowed on defense with 4.75. North Carolina, meanwhile, finished 60th with 5.54 yards per play allowed.

Temple played the 80th-ranked schedule and plays in the high-octane AAC, where a lot of teams are offense-first, offense-second, and defense-third, so you have to respect what the Owls were able to do on that side of the ball. They allowed 5.19 yards per play in conference and actually held the two Power Five conference teams that they played to 4.16 yards per play. Of course, those two Power Five teams were Maryland and a Georgia Tech team transitioning away from the triple-option.

These two teams don’t have a whole lot of similarities. North Carolina may have had trouble on defense, but not on offense. Even with a true freshman QB in Sam Howell, the Tar Heels finished the regular season tied for 23rd in yards per play with 6.37. They had 6.2 yards per play in conference action and even finished in November with 7.75 yards per play in games against NC State, Mercer, Pitt, and Virginia.

The Tar Heels made a surprising hire before the season by getting Mack Brown to be the face and the figurehead of the program. That’s not to say that the wily vet doesn’t have a lot to do with the day-to-day preparations of the team, but simply to say that he was brought in to be the closer with recruiting and stand up in front of the media. Offensive coordinator Phil Longo and defensive coordinator Jay Bateman are two highly-touted assistants and the Tar Heels should be set up for even more success next season.

The best performance of the season for UNC was actually a loss to Clemson, but that 21-20 defeat, in which UNC failed on a potential game-winning two-point conversion, showed the talent and potential of this Tar Heels bunch. Winning 15 extra practices by beating Mercer and NC State was huge for the future of the team and this is very clearly a team you want on your radar in the Coastal Division next season.

Howell made some freshman mistakes, as he took 36 sacks, but he also threw for 3,347 yards and 35 touchdowns against just seven interceptions. He is already sixth in program history in passing touchdowns with a game left in his TRUE freshman season. Per David Hale of ESPN on Twitter, Howell became one of 11 Power Five quarterbacks to post a 60% completion rate, throw for at least 35 TD with 10 or fewer interceptions, 3,300 yards, and have 8.5 yards per attempt through 12 games. Six won the Heisman and six start on Sundays in the NFL. Those guys are Joe Burrow, Kyler Murray, Dwayne Haskins, Will Grier, Mason Rudolph, Baker Mayfield, Patrick Mahomes, Marcus Mariota, Jameis Winston, and Robert Griffin III. Not too shabby.

Javonte Williams and Michael Carter stood out with 5.6 and 5.8 yards per carry, respectively, and barring a trip to the NFL Draft, both will be back. Former QB Chazz Surratt switched to linebacker and led the team in tackles. There is a lot of talent and a lot of returning talent in Chapel Hill that got better as the season went along.

Anthony Russo played well for Temple once the Owls decided on a full-time starter. He completed 58.6% of his passes with a 21/11 TD/INT ratio and only took 14 sacks. Re’Mahn Davis needs 100 yards to hit the century mark. His work picked up for a fairly pedestrian 4.1 yards per carry for Jager Gardner. The third-leading rusher was backup QB Todd Centeio.

I didn’t want to put the cart before the horse here, but my thoughts on the game could have come in the first paragraph. I disagree with this line move. My line is UNC -6.5 and I don’t understand why the number is moving down. Carey is a terrible bowl coach. The UNC coordinators are very strong. UNC is a more athletic team. After missing a bowl game each of the last two years, UNC is supremely motivated, too.

This is one of my favorite plays of the bowl season. The -4 is probably the stopping point, so those waiting on a 3.5 are unlikely to get it. I’d get in at -4 because there is a good chance it goes back up.