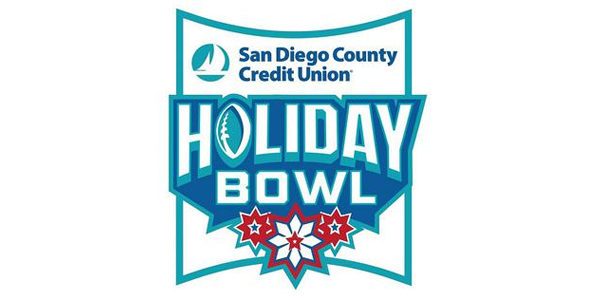 While the bowl itself isn’t exactly a marquee one, the matchup is. That seems like a good way to describe this year’s San Diego County Credit Union Holiday Bowl. This is usually a pretty good game, but USC and Iowa are two teams that expect to be playing on New Year’s Day or thereabouts. Instead, they’ll draw each other here in San Diego, so USC has a much shorter travel and that is something to consider with the handicap of this one.

Going to one of those pre-NYE bowl games can make motivation a big question mark when you talk about perennially-successful programs like USC and Iowa. Playing each other in a battle of ranked teams should give each side a little bit more incentive to show up in this one. Iowa is a two-point favorite at time of writing with a total of 52.

We have seen this line come down a touch, as USC was +2.5 across most of the market. It makes sense that this game would be in a little bit of a holding pattern. USC has some athletes, particularly at wide receiver, that wouldn’t have a whole lot to prove before going into the NFL Draft. Iowa doesn’t really have that problem, but USC is the type of team that can dictate a bowl game line movement.

The Trojans were also in a state of uncertainty regarding head coach Clay Helton. That picture cleared up a little more than two weeks in advance of the game when USC decided to stick with Helton rather than pay his buyout plus a new head coach. The recruiting rankings have taken a hit at USC, but credit should go to offensive coordinator Graham Harrell for really elevating the offensive players already within the program this season.

USC lost four games during the season, but none of those can be considered a bad loss. Losing on the road at BYU in double overtime in Kedon Slovis’s first college football start was a matter of circumstance. Losing to Washington and Notre Dame on the road in consecutive games carries no shame. The score looks bad for the Oregon game with a 56-24 final, but the Ducks won the Pac-12, dominated Utah in the Pac-12 Championship Game, and USC was -4 in turnovers in that contest.

All in all, if USC shows up for the bowl game, it makes sense that there would be some hidden value. This is still a program loaded with talent at the skill positions on both sides of the ball. The Trojans finished the regular season 15th in yards per play on offense and sixth in total passing yards. The problem is that the USC defense never found its footing. Finishing 77th in the regular season in yards per play allowed is embarrassing for a program of this stature.

We have to call it what it is. Kedon Slovis was awesome in his freshman season. Late in the year, he threw for 432, 406, and 515 against Arizona State, Cal, and UCLA with a 12/1 TD/INT ratio. Harrell has the Trojans going to a West Coast style offense and Slovis seems to be a great fit for it. Fortunately Amon-Ra St. Brown and Bru McCoy will be back, but Michael Pittman will be playing on Sundays next season and junior Tyler Vaughns could decide to declare early. Still, this is a dynamic WR corps that Iowa will be tasked to defend in the Holiday Bowl.

Defense was Iowa’s strength over the course of the season, as the Hawkeyes limited the opposition to 4.75 yards per play. That ranked 14th nationally during the regular season. They allowed 5.6 yards per play in the non-conference against Iowa State, Miami of Ohio, and Middle Tennessee State. Iowa State had 419 yards on just 54 plays in the rivalry game earlier this season that was delayed twice because of lightning. It was a weird game.

The Iowa offense only managed 5.54 yards per play on the season. There wasn’t a lot of explosiveness from QB Nathan Stanley and the Hawkeyes. Stanley only had 14 TD against seven interceptions. The Hawkeyes managed four yards per carry and 12.3 yards per reception.

This game basically comes down to the Iowa offensive line. If the Hawkeyes can control the line of scrimmage and play keep away, the task at hand will be much easier. If they cannot, the Hawkeyes secondary will be tested by a lot of athleticism and a big-armed quarterback. That is not something Iowa saw every week in the Big Ten. In fact, Indiana led the Big Ten in passing yards. Iowa did not play them.

USC was 15th in yards per pass attempt. Ohio State was 10th, but Iowa avoided the Buckeyes this season. Wisconsin was 27th, which was the highest team Iowa played, but Wisconsin only threw the ball 316 times on the season. Aside from Iowa State, who was 22nd, Iowa’s next opponent on that list is Michigan at 33rd. In other words, this is a new type of test for Iowa.

As a result, USC is the play for me. The total here is 51.5 or 52. That would suggest that USC has some offensive success. This is the highest total in an Iowa game this season. USC played five straight overs to end the season and Slovis was firing on all cylinders. I just don’t think Iowa can match the athleticism of USC in this one.

In fact, my personal power ratings have USC -2 here with a pure power rating and I gave USC a point for the lack of travel and maybe a mild crowd edge. My number here is USC -3, so the wrong team is favored in my estimation.