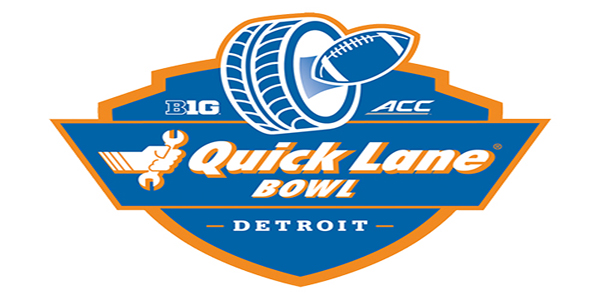 For Pat Narduzzi, the Quick Lane Bowl in Detroit will be something of a homecoming. The longtime Michigan State defensive coordinator will bring his Pitt Panthers to Ford Field to take on the Eastern Michigan Eagles, with Pitt a clear favorite into double digits and a total just shy of 50. Openers ranged from 8.5 to 9.5 and Pitt has taken money to get as high as -11.5 for this one.

Narduzzi is actually five years removed from his time in East Lansing, where things have not been going particularly well. The Panthers have not done better than 8-5 on Narduzzi’s watch as of yet, but he can get to that number with a win in this one for the first time since 2016.

Eastern Michigan has the unfortunate placement of being in the MAC and that conference has been absolutely cursed in the bowl season over the last several years. Head coach Chris Creighton did a masterful job taking a doormat EMU program and turning it into a solid and consistent squad. Eastern Michigan’s bowl appearance in 2016 was the first in 29 years. EMU’s 2019 bowl appearance will be the third in four years.

There is a sharp contrast in the strength of schedules of these two teams. Eastern Michigan went 6-6 and barely qualified for a bowl game against the 112th-ranked schedule in the country. Pitt, a member of the ACC, played the 53rd-ranked schedule en route to this point. You absolutely have to factor that into the equation when you consider the statistical profiles of these two teams.

The schedule cannot be used as a full-on crutch for Pitt’s putrid offensive performance, as the ACC is not viewed as a dynamic defensive conference. Pitt managed only 5.07 yards per play in the regular season, which ranked 111th. Eastern Michigan, meanwhile, had over six yards per play for the first time in program history and finished the regular season 51st with 6.07.

As you would expect, EMU feasted on the bad Mid-American Conference with 6.35 YPP in conference action. However, EMU still had 5.74 YPP against the two Power Five teams (Illinois and Kentucky) that they faced. The Eagles hit their stride in November with over seven yards per play in games against Kent State, Northern Illinois, Akron, and Buffalo.

Pitt’s pathetic offense managed just 4.77 yards per play in ACC action. First-year offensive coordinator Mark Whipple was supposed to turn some things around with the help of quarterback Kenny Pickett, but it didn’t really work.

How is Pitt in a bowl game with an offense that bad? The defense. The Panthers allowed just 4.44 yards per play on the season, including just 4.33 YPP against in ACC action. Pitt was tied for third in the country with 49 sacks. Their average of 4.08 sacks per game finished second to SMU. Eastern Michigan only registered 20 sacks for the season.

To Creighton’s credit, Eastern Michigan only allowed 21 sacks. The Panthers need to disrupt the Eastern Michigan offense in order to win this game by margin because the offense is unlikely to be able to do it, even against an EMU defense that allowed over six yards per play.

Dual-threat QB Mike Glass III is the most important player in this handicap. Glass only took 12 sacks in his action. True freshman Preston Hutchinson got 56 pass attempts in the middle of the season and took eight sacks. Glass is mobile enough to evade the rush and he did have 97 rushing attempts on the season, including seven touchdowns. If Glass, who completed nearly 68% of his passes, can buy some time and throw on the run, Eastern Michigan can keep this close. If EMU’s offensive line gets mauled and Glass doesn’t have time, this game can get out of hand fairly quickly.

My personal power ratings line here shows Pitt -12.5, so the line is moving towards my number and I do agree with it, but it is very hard to lay a big number with Pitt. Eastern Michigan could attempt to do some creative things with Glass and Hutchinson in hopes of slowing down that Pittsburgh pass rush. We also have to wonder how excited Pitt is to go play in Detroit the day after Christmas. At least the sun shines in El Paso from time to time, which is where the Panthers were last season.

Still, even with a point of HFA to Eastern Michigan for the shorter trip and the crowd edge, Pitt -11 has to be the pick here. The ACC is just better than the MAC and even the handicap isn’t enough to take EMU in this one.

The stronger play here is the under 49. Eastern Michigan’s defense isn’t great, but neither is Pitt’s offense. The worry would be short fields and turnovers both ways, but EMU only had 12 takeaways in eight MAC games. Pitt, for all the pressure they generated, was -8 in turnover margin with only 13 takeaways.