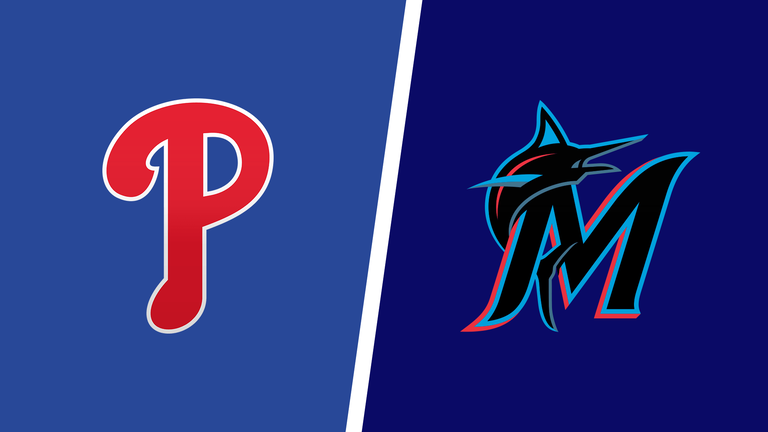 The 2022 MLB season continues Tuesday, June 14, with a 16-game card, so we are taking a closer look at the NL East showdown from Citizens Bank Park in Philadelphia to get you the best Marlins vs. Phillies betting pick and odds.

Miami and Philadelphia continue their three-game series in Pennsylvania. Monday’s opener is excluded from this preview, while the Phillies are listed as -143 home favorites for Game 2. Miami is a +132 moneyline underdog, and the totals sit at 8.5 runs on BetOnline Sportsbook.

The Miami Marlins entered the Phillies series carrying a 27-31 record. Last Sunday, they put an end to their five-game winning streak with a 9-4 defeat at the Houston Astros. Over their previous six outings, the Marlins have scored 37 runs on a .240/.307/.417 slash line while posting a strong 3.17 ERA.

Trevor Rodgers will toe the slab Tuesday at Citizens Bank Park. The talented 24-year-old left-hander is having a disappointing season, tallying a 3-5 record with a pedestrian 5.58 ERA and 1.54 WHIP in 11 starts and 50 innings of work.

Last Thursday, Rodgers emerged victorious in a 7-4 home win to the Washington Nationals. He tossed five innings of a two-run ball while punching out five. Over his previous four starts (17.2 innings), Rodgers has surrendered a whopping 15 earned runs on 23 hits and nine walks.

The Phillies hope to bounce back from an embarrassing loss

The Philadelphia Phillies fell to 30-30 on the season following a heavy 13-1 home defeat to the Arizona Diamondbacks this past Sunday. They also put an end to their terrific nine-game winning streak, and the Phillies will look to return to winning ways in the Marlins series.

Zach Eflin will toe the rubber Tuesday, aiming for another solid start. In his last two appearances (12 innings), the 28-year-old right-hander has surrendered only one earned run on nine hits while posting an 8/4 K/BB ratio. Eflin holds a 2-4 record, 3.76 ERA, and 1.18 WHIP in ten starts (55 frames) this season.

I’m backing the Phillies to win this battle on the back of their offense. Philadelphia has been killing the lefties thus far, posting a .756 OPS and 112 OPS+. It’s hard to trust both starting pitchers, and I’m expecting the Phillies’ lineup to make the difference.

Furthermore, the Marlins’ bullpen sports a terrible 6.22 ERA through 46.1 innings of work in June. On the other side, the Phillies’ relievers have registered a 4.02 ERA and 3.36 FIP to go with a 3-0 record in June.

The current Phillies are slashing .307/.376/.472 in 58 at-bats against Trevor Rogers. Keep your eyes on Rhys Hoskins, who’s 5-for-11 with a couple of home runs versus the Marlins’ southpaw. Hoskins has three dingers over his last five games and 20 at-bats.

On the other side, the current Marlins are hitting .352/.390/.480 in 89 at-bats against Zach Eflin. Miguel Rojas is 12-for-34 with a home run, while Jesus Aguilar has seven hits and a pair of doubles in 15 at-bats against Eflin. Hereof, I’m going with the over on the totals.