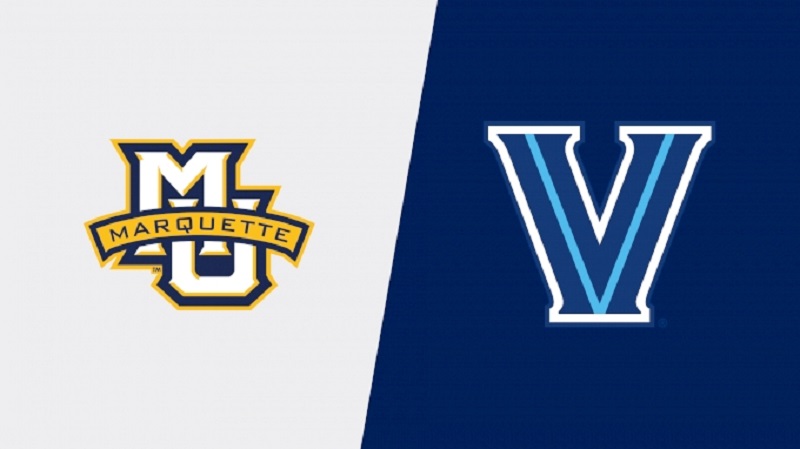 The college hoops betting action goes on Wednesday, January 19, with the Big East Conference showdown at Finneran Pavilion in Villanova, Pennsylvania, so we bring you the best Marquette vs. Villanova betting pick and odds.

The Golden Eagles meet the Wildcats for the first time this season. Marquette is winless in three straight meetings with Villanova, covering just once in the process, so the Golden Eagles are listed as huge 12.5-point road underdogs on Bookmaker Sportsbook this time around.

Marquette beat No. 20 Seton Hall for its fourth straight W

The Marquette Golden Eagles improved to 12-6 straight up and 10-8 ATS on the season following a 73-72 victory over the Seton Hall Pirates this past Saturday. Playing as small 1.5-point home underdogs, the Golden Eagles extended their winning streak to four games and improved to 4-3 in the conference play.

Marquette forced the No. 20 Pirates into 20 turnovers. The Golden Eagles also held Seton Hall to just 28.6% shooting from beyond the arc while making 50.0% of their 3-pointers. Senior guard Darryl Morsell led the way for Marquette with 26 points on 8-for-12 shooting from the field (4-of-5 from deep), while freshman forward Justin Lewis added 18 points, five rebounds, three assists, and three steals.

Villanova shoots for its seventh win in a row

The Villanova Wildcats (13-4; 11-6 ATS) extended their winning streak to six games with an 82-42 thrashing of the Butler Bulldogs this past Sunday. It was their sixth consecutive ATS victory, too, as the Wildcats had no problems beating the 15.5-point line.

Villanova shot 59.6% from the field and 63.2% from downtown against Butler. Senior PG Collin Gilespie accounted for 17 points, five rebounds, and three assists, while junior guard Justin Moore had 15 points, seven boards, and five dishes. This duo has led the way for Villanova so far this season, racking up 32.9 points and 5.8 assists per game.

The Wildcats sit atop of the Big East Conference with a 6-1 record. Jay Wright’s boys tally 118.9 points per 100 possessions (6th in the country) and surrender only 91.2 in a return (13th). They are No. 3 in both of the latest NCAA NET Rankings and KenPom rankings.

Both Marquette and Villanova lack height and matchup each other very well, so I’m tempted to get the Golden Eagles to cover a big 12.5-point spread on the road. Also, both teams have been terrific as of late, so the visitors will be fired up to prove their worth against one of the best teams in the country.

However, Villanova has outlasted Xavier twice during its six-game win streak. The Wildcats have also trounced Butler by 40 points and Creighton by 34. They’ve gone 6-0 ATS in that span, so give me the hosts to cover even though it could be a tall task against the in-form Marquette. Still, the Wildcats have plenty of experience, while the Golden Eagles lean on four freshmen which could be a decisive factor in this game.

The Wildcats average only 62.1 possessions per 48 minutes (355th in the country), so it’s no strange that eight of their previous 12 games have flown under the total. Also, the under is 4-1 in their last five showings as double-digit favorites. The Wildcats rank 47th in the nation in the opponent field goal percentage (39.8%) and 44th in the opponent 3-point percentage (29.8%).

On the other side, Marquette registers 71.6 possessions per 48 minutes (40th), and the over is 4-2 in the Gilden Eagles’ last six outings. The visitors will try to speed up things against the Wildcats, but they certainly need a top-notch defensive performance in order to keep it close down the stretch. Marquette allows 70.3 points per game on 40.7% shooting from the field (79th) and 31.3% from downtown (103rd).