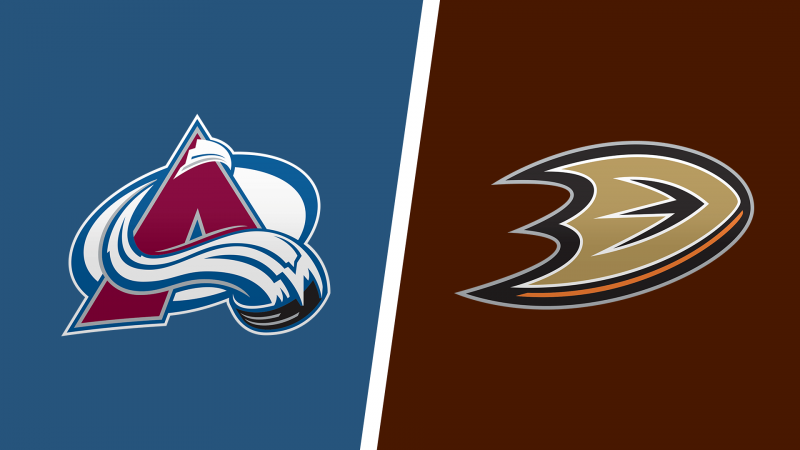 The NHL betting action goes on Wednesday, January 19, 2022, with three games around the league, including the Western Conference showdown at Honda Center in Anaheim, so we bring you the best Avalanche vs. Ducks betting pick and odds.

The Avs and Ducks close down their three-game regular-season set, and Colorado looks to sweep Anaheim. The previous two meetings took place at Ball Arena in Denver, and Colorado beat Anaheim 5-2 as a -230 home fave and 4-2 as a -300 home fave. The Avs are -240 road favorites for Wednesday’s clash, while the totals are listed at 6.0 goals on MyBookie Sportsbook.

The Colorado Avalanche (25-8-3) have been terrific so far this calendar year, going 8-1 in the process. After a 5-4 overtime loss at Nashville on January 11 that put an end to their five-game winning streak, the Avs have won three straight contests.

Colorado is coming off a 4-3 shootout victory to the Minnesota Wild this past Monday. It was the Avs’ 14th straight win in front of the home fans, while Pavel Francouz posted 25 saves to grab his fourth victory in a row.

The Ducks lost eight of their last ten contests

The Anaheim Ducks (19-15-7) are sitting at the third spot of the Pacific Division standings, but they’ve been dreadful over the last few weeks. Alongside a 4-1 win to the lowly Philadelphia Flyers and a 4-3 shootout victory to the Detroit Red Wings, the Ducks have recorded eight losses in their previous ten showings at any location.

Last Friday, the Ducks suffered a heavy 7-3 defeat at the Minnesota Wild. The very next day, they got blanked by the Chicago Blackhawks, 3-0, extending their losing streak to three games. The Ducks took 37 shots at United Center but couldn’t find a way past Marc-Andre Fleury.

I won’t overthink this matchup, as one of the hottest teams in the league takes on the short-handed Ducks, who have won just two of their previous ten contests. Also, Anaheim is winless in six straight meetings with the Avs.

Colorado has scored five goals in each of its previous two dates with Anaheim in 2021-22. The Avs’ offense has been unstoppable so far this season, so I doubt the Ducks’ chances in this one even though Anaheim’s defense hasn’t been bad for most of the season.

Give me the over on the totals, as I’m expecting the Ducks to score at least a couple of goals against the Avs’ shaky defense. Colorado owns the fifth-worst penalty-killing percentage in the NHL (74.1%), while Anaheim boasts the fourth-best power-play percentage in the league (25.9%).

The Avs have allowed three or more goals in each but one of their last six outings. They’ve also scored three or more in nine straight games. The over is 7-1 in Colorado’s last eight showings at any location and 6-1 in the Avs’ last seven outings on the road. On the other side, 11 of Anaheim’s last 15 games have gone under the total.