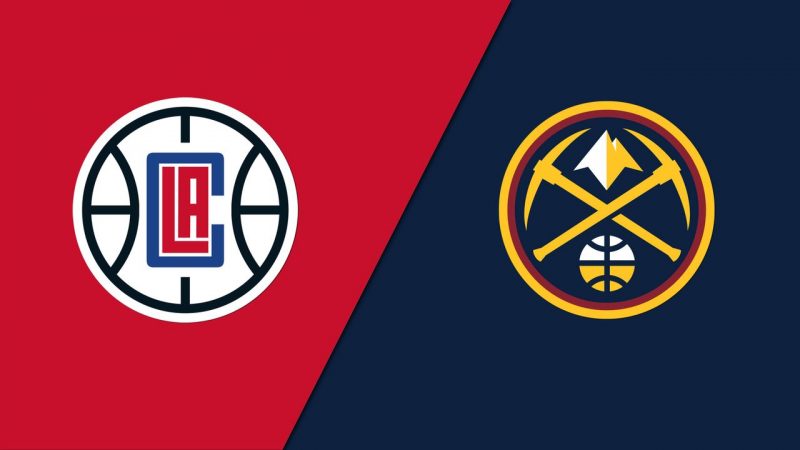 The NBA betting action goes on Wednesday, January 19, 2022 with 13 games around the league, including this Western Conference showdown at Ball Arena in Denver, so we bring you the best Clippers vs. Nuggets betting pick along with the latest odds update on Bookmaker Sportsbook.

Los Angeles defeated Denver the last time these teams met, winning 87-85 back on January 11. Both teams have a number of key injuries for this contest, starting with Los Angeles who will be without Paul George, Luke Kennard, and Kawhi Leonard. Denver will be without PJ Dozier, JaMychal Green, Jamal Murray and Michael Porter, and Auston Rivers is listed as questionable.

The Los Angeles Clippers (22-23) are facing a little midseason doldrums, as they are 3-5 in their last eight games. The Clippers are 4-6 ATS in their last 10. Los Angeles defeated Indiana on Monday, 139-133, ending a two-game losing streak. However, this team is just 6-11 since December 15.

The victory over Indiana was a big one for the Clippers, as they held a 14-point lead heading into the fourth quarter only to watch Indiana pull within a handful of points before falling. Los Angeles had a huge game at the foul line, hitting 31 of 36 shots. That has helped the team move to eighth overall in free-throw percentage (79.1%), but this team is just 27th in total free throws per game (15.0).

With so many of their key players out, it is on Reggie Jackson to lead this club. Jackson produced 26 points against Indiana, and is the leading active player at 16.4 points per contest. Nicolas Batum has only averaged 9.2 points per game this season, but had a monster game against the Pacers, hitting 11 of 16 shots for 32 points.

Denver struggled in the fourth quarter against Utah. The Nuggets had made a game of this, battling from 11 down at the half to pull within three, but Utah crushed them in the final quarter, outscoring Denver by 20 points. The Nuggets had just eight free-throw attempts in the game, which has been an issue for this team all year as they are 29th in the NBA in free-throw attempts per game (13.8).

The Nuggets have been a solid shooting team, sixth overall (46.7%). It has been the play of Nikola Jokic that has kept this team rolling, as he recorded a triple-double against Utah, scoring 25 points while adding 14 assists and 15 rebounds. Jokic is averaging 25.3 points, 13.9 rebounds, and 7.4 assists per game.

While it may not be surprising that Denver is the favorite in this contest, the fact that they are favored by six points is. The Clippers defeated the Nuggets the last time these teams played by just two points, and there are a number of key stars missing from this contest. So, scoring is going to be at a premium which means six points seems like far too many.

In addition, these are two clubs built on defense. Neither is particularly good shooting, ranked in the bottom third offensively, while both rank in the top 10 defensively. That keeps scoring down and makes this a close contest, making Los Angeles and the points the smart pick.

Once again, points are going to be a real challenge in this game. These teams combined for 172 points the last time they played, and the level of talent has not improved that much with both teams missing several key players. In fact, these teams have gone below 213 points in five of the last seven meetings, as both are geared toward defense.

Do not be surprised if neither team scores 100 points in this game. Before the 139-point outburst against Indiana, Los Angeles had been held under 100 points in three straight games. Look for a point total around 205 at most.