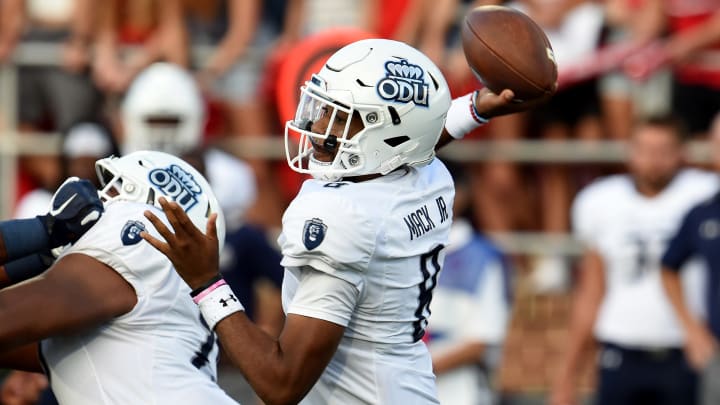 The 2021 CFB season goes on with Week 9 matchups on Saturday, October 30, including the Conference USA showdown at S.B. Ballard Stadium in Norfolk, Virginia, so here’s the best Louisiana Tech vs. Old Dominion betting pick along with the latest odds update on Bookmaker Sportsbook.

The Bulldogs and Monarchs met each other once in 2014, and Old Dominion barely outlasted Louisiana Tech 30-27 as a 13.5-point home underdog. The Monarchs are listed as 5.5-point home dogs for Saturday’s clash, while the totals sit at 52.5 points.

Louisiana Tech couldn’t cope with the No. 24 UTSA

The Louisiana Tech Bulldogs fell to 2-5 straight up and 3-4 ATS on the season following a heavy 45-16 home loss to the UTSA Roadrunners this past Saturday. They failed to cover a 5.5-point spread and extended their losing streak to three games.

The Bulldogs turned the ball over three times against the Roadrunners, who racked up 213 rushing yards. On the other side, the Bulldogs had 33 carries for a paltry 69 yards, while senior QB Austin Kendall tossed for 279 yards, a couple of touchdowns, and an interception.

Louisiana Tech’s offense ranks 25th in the country in passing yards per game (277.4) and 106th in rushing yards per contest (115.0). The Bulldogs are tallying 26.6 points per game (tied-81st), but they’ve scored only 19 points in total over their previous two outings.

Old Dominion failed to slow down the Hilltoppers’ passing offense, allowing their signal-caller to throw for 397 yards and five touchdowns. On the other side, freshman Hayden Wolff went 26-of-41 for 327 yards and a couple of interceptions.

This is the clash of the two bad teams that have been playing in poor form, so the best move is to stay away from it. While the Monarchs have struggled offensively all season, the Bulldogs have been awful over their previous two showings.

I’m looking for a tight contest, and the hosts, who are coming fresh off a bye, should be able to keep it within seven points. The betting trends are not helping a lot, as both teams have struggled to cover so far this season.

The Monarchs are yielding 31.4 points per game (102nd in the country) even though they are 52nd in the nation in total yards allowed per contest (357.3). Their run D has been solid thus far, but the Bulldogs will have a chance to establish their passing game, as Old Dominion surrenders 227.3 passing yards per game (67th).

The Bulldogs, on the other side, are yielding 33.0 points per game (112th) on 450.0 total yards (117th), and their passing defense is the fourth-worst in the country (297.0 passing yards allowed per game). Give me the over on the totals. Eight of the Bulldogs’ last 11 games went in the over, as well as six of the Monarch’s last nine games played on Saturday.