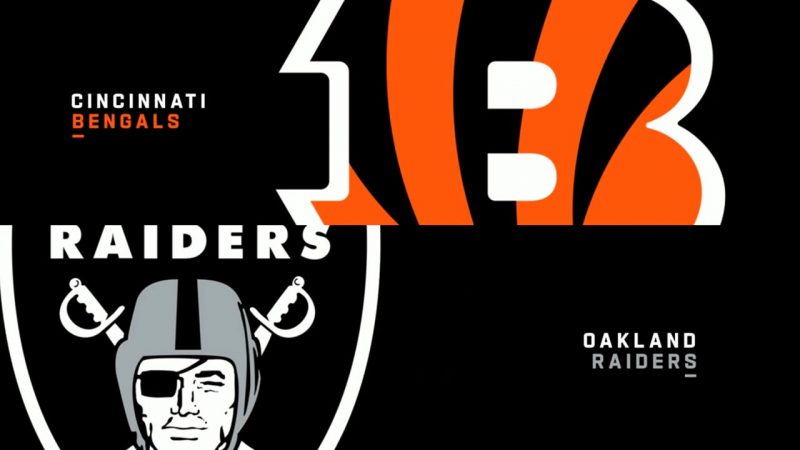 The 2022 NFL Playoffs kick off Saturday, January 15, with the AFC wild-card showdown from Paul Brown Stadium in Cincinnati, Ohio, so we bring you the best Raiders vs. Bengals betting pick along with the latest odds update on MyBookie Sportsbook.

The Raiders and Bengals lock horns for the second time this season. Back in Week 11, Cincinnati trounced Las Vegas 32-13 as a 2-point road favorite with a total of 51.0 points. This time around, the Bengals are listed as 6-point home favorites, while the totals sit at 49.0 points.

The Las Vegas Raiders made it to the postseason for the first time since 2016 when they lost to the Houston Texans in the wild-card round. Last Sunday, the Raiders barely outlasted the Los Angeles Chargers in overtime, 35-32, to clinch their playoff berth and eliminate LA from the playoff contention.

Las Vegas went 10-7 SU and 8-9 ATS this past regular season. The Raiders are rolling on a four-game winning streak following that victory to the LA Chargers. They’ve gone 3-1 ATS in the process, while over their previous five showings as underdogs, the Raiders have covered on four occasions.

Derek Carr tossed for 4,804 yards, 23 touchdowns, and 14 interceptions in 2021. He’s had some ups and downs, and the Raiders will need a top-notch performance from their starting quarterback Saturday against the Bengals. Tight end Darren Waller is finally healthy and ready to roll, while wideout Hunter Renfrow will look to build on his regular-season performance.

Renfrow led the way for the Raiders’ receiving corps with 103 receptions for 1,038 yards and nine touchdowns. He’s scored in four of his last five outings, so if you like player props, keep your eyes on Renfrow.

The Bengals rested their starters in Week 18

The Cincinnati Bengals (10-7; 10-7 ATS) put an end to their three-game winning streak last Sunday. They’ve already clinched the AFC North title, so the Bengals decided to rest their key players in the ultimate week of the regular season and suffered a 21-16 defeat at the Cleveland Browns.

Cincinnati has gone 5-3 straight up and 6-2 ATS since a bye in Week 10. The Bengals have covered in four straight outings and are 3-1 ATS over their previous four showings as favorites. In their last two showings at Paul Brown Stadium, the Bengals have beaten Baltimore 41-21 and Kansas City 34-31, while Joe Burrow has thrown for a whopping 971 yards and eight touchdowns in the process.

Joe Mixon led the backfield last regular season, registering 292 carries for 1,205 yards and 13 touchdowns. He also had 42 catches for 314 yards and three touchdowns.

The Raiders’ defensive unit is a wild bunch that cannot be trusted. Maxx Crosby will torture the Bengals’ offensive line, for sure, but his teammates will have a mountain to climb against Cincinnati’s ground game. Las Vegas surrenders 114.3 rushing yards per game (19th in the NFL), and the Bengals already took advantage of the Raiders’ run D in 2021.

Cincinnati hammered the Raiders in Las Vegas a couple of months ago. Joe Mixon ran 30 times for 123 yards and a couple of touchdowns, while Joe Burrow went 20-of-29 for 148 yards and a TD. On the other side, the Raiders converted just one of their seven 3rd downs and posted 72 rushing yards. Las Vegas lost the battle at the line of scrimmage, and I’m looking for a similar scenario in the wild-card round.

The over is 5-1 in the Bengals’ last six outings as favorites. It is 5-1 in their previous six showings at home as well, while four of the Raiders’ last six contests overall have gone under the total.

The Bengals dropped 32 points on Las Vegas in their regular-season encounter. I wouldn’t be surprised if they hit a 30-point mark once more, while the Raiders should score more than they did in November. Las Vegas has to take advantage of Cincinnati’s secondary in order to upset the odds.