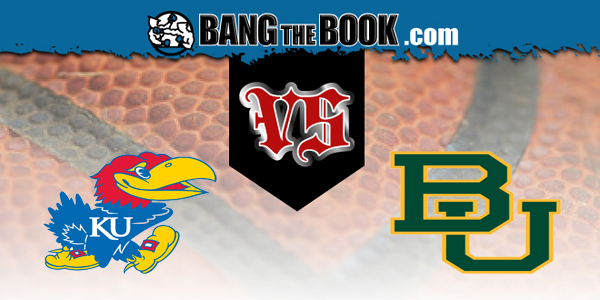 Sometimes you just have to write about the big game. We try here at BangTheBook to highlight the low and mid-major conferences as much as possible with our spotlight previews, but today’s mega matchup between Kansas and Baylor is just too big to overlook.

The Jayhawks are a nine-point underdog against the Bears in this matchup and some books, like Bookmaker Sportsbook, are showing indications of possibly moving the line up to 9.5. The total on the game is 140.5.

To put this in perspective, you have to go back to March 7, 2015 to find a spot when Kansas was an underdog of more than six points in a conference game. That was against Oklahoma on the road. SportsDatabase.com doesn’t even go back far enough to find a nine-point dog role. This is a big line and some rare air for the Jayhawks. For what it’s worth, here are Kansas’s games at +5 or higher in the last 15 years.

So, yeah, we have to talk about this one.

Is it fair to say that this year’s version of the Jayhawks is good, but not great? The losses have come by 12 to Gonzaga, 25 to Texas, and five to Oklahoma State in Kansas’s most recent game. That road loss at Stillwater saw the Jayhawks shoot 5-of-21 from three for the second time this season. The other time they did that was a three-point win over a Kentucky team having a down year.

The only other performance that bad or worse was in the 25-point loss to Texas when Kansas was 3-of-23 and just 20-of-65 from the field overall. The Jayhawks have played pretty well in most of their games, but it is pretty clear that they aren’t the same caliber of team that Bill Self is used to having in Lawrence.

Of course, all of those narratives could change with a win tonight.

The thing about Kansas this season is that the Jayhawks don’t really stand out in any big way. They’ve played the 28th-ranked strength of schedule and are still a top-30 team in adjusted offensive efficiency and a top-25 team in adjusted defensive efficiency. That being said, they are 211th in 2P% and 118th in 3P% on offense. Defensively, they are above average defending both the two and the three, but don’t really excel in either area.

The Jayhawks are a great offensive rebounding team and Baylor does rank 207th in ORB% against, so some second-chance points could be enough to make this game closer than the line would suggest.

Baylor is a top-five team in both adjusted offensive and defensive efficiency. They’re also third in the nation at forcing turnovers at 26.3%. Kansas, to their credit, has only turned it over on 18.2% of their possessions, which is above average, though not spectacular. Possessions will be huge in this game.

We already highlighted the chances that Kansas can get some offensive rebounds, but Baylor is eighth in the nation in terms of getting back their misses. Those extra possessions between turnovers and ORebs are a big reason why Scott Drew’s team is off to such a dominant 12-0 start. Baylor is even 10-2 against the spread, though they have played the 118th-ranked schedule and played a much weaker non-conference slate than Kansas.

Baylor has not even played what Bart Torvik would term a “close game”. Baylor’s smallest margin of victory was eight points this past weekend against Texas Tech in a 68-60 win. It was the lowest points per possession output for Baylor of the season with .971, but they still easily came away with the victory. Texas Tech did do well on the offensive glass, which should provide some hope for a well-rested Kansas squad that hasn’t played since last Tuesday.

Baylor is fourth in 3P% in the nation at 42.3% and 37th in 2P% at 55.2%. They take a lot of high-quality shots and rank ninth in eFG%. Kansas ranks 175th in eFG%. Baylor is also the all-around better defensive team. When you add it all up statistically and factor in the bodies of work for the two teams, getting to a spread of -9 isn’t that hard to do.

Credit to Baylor for beating two top-15 opponents in Illinois and Texas Tech, but they’ve played one other top-30 opponent, which was Oklahoma at home, and then one other top-100 opponent in TCU. Kansas has played three teams outside the top-100 and one lower-division team. Will the tougher strength of schedule be a reason to back Kansas?

You’d certainly like to play on a historical outlier like this line, but it is fair to wonder just how good this Kansas team is, as most of their better wins have been close and their losses have not been pretty.

Still, Kansas at +9 is a lot to overlook.