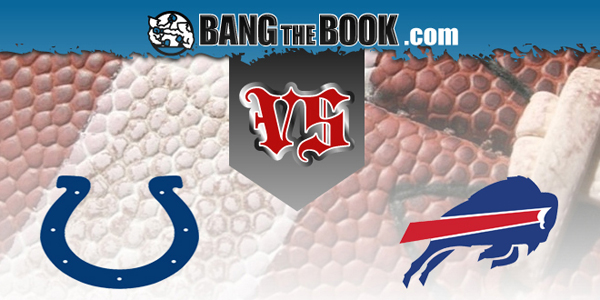 Playoff successes are not foreign to the Colts, but those have been hard to come by recently. In fact, this is just the second playoff appearance for the Colts since 2014. They did win the Wild Card Round game against the Houston Texans in 2018 before getting bounced by the Kansas City Chiefs.

The first one should be a good one with Buffalo -6.5 and a total of 51 painted across much of the market, including Bookmaker Sportsbook.

The Colts are a quality team, but there has been an elephant in the room all season long. Indianapolis has played an awful schedule. Through no fault of their own, the Colts have played the worst schedule in the NFL per a lot of sources. That caused a lot of bettors to hold some animosity towards the Colts this season despite an 11-5 record and a 9-7 mark against the spread.

The Colts are not riding much momentum into the playoffs. We can debate the merits of momentum, but you’d certainly like to back a team playing really well going into the postseason. The Colts had two very close wins against a poor Texans team. They comfortably beat the Raiders, but also struggled to put the Jaguars away and blew a big lead against the Steelers to put their playoff berth on ice until Week 17.

Is the strength of schedule issue obscuring how good this team is? The Colts had 25 takeaways, the fifth-most in the league. They only turned the ball over 15 times, which was third-best. They outgained the opposition by a half-yard per play. They were 12th in points per drive and ninth in points per drive against. Many also believe that Frank Reich is an excellent game planner and scripter, though some have questioned his in-game proficiency.

The signing of 39-year-old Philip Rivers wound up being a good idea, though Rivers did make some questionable decisions at times. He finished with a 24/11 TD/INT ratio and a 68% completion rate. The Colts didn’t stretch the field a ton and that could be an issue here against a very proficient Bills offense. Rivers’s intended air yards were quite a bit lower than last season, along with his completed air yards. If the Bills put up a number offensively, that will be a concern.

If we say that the Colts are limping into the playoffs to a degree, we can say that the Bills are sprinting. Buffalo went 13-3 with an 11-5 record against the spread and also checked in with double-digit overs for the season. They’ve won six in a row and have covered eight in a row. The list of takedowns includes a Miami team that was playing for a postseason berth in Week 17 and a systematic beatdown of the Patriots to show who is boss in the AFC East.

This is a dynamic offense led by Josh Allen. The Bills could be missing one of Allen’s favorite targets in Cole Beasley, but John Brown is back and Isaiah McKenzie wound up with a couple of big plays in that Week 17 showcase game for the Bills offense. Stefon Diggs had 127 catches on 166 targets. The Bills running game even got better as the season went along.

The only real blemish on the season for Allen was the fact that he fumbled nine times. He had a 37/10 TD/INT ratio with a 69% completion percentage and he was able to get the ball in space to receivers that had created separation. The back seven for the Colts will have to be sharp in coverage in this one.

This was the league’s best third-down offense, while the Colts ranked 22nd. That could be huge in a game where some points are expected. The Bills were also 13th in third-down defense and did miss some key guys at various points throughout the season, including star linebacker Matt Milano and corner Josh Norman. When all was said and done, the Bills outgained the opposition by 0.6 yards per play.

By DVOA though, the Colts did grade better defensively than the Bills and were only a few spots lower on offense. That being said, it’s a passing league and the Bills were a much better passing offense.

The start of this game will be huge for the Colts. The Bills have covered several first-half lines in a row and outscored the opposition by more than a touchdown in the first half. The Colts outscored opponents by less than a field goal per game in the first half. Making Indianapolis one-dimensional with Rivers should be the goal for the Bills here.

The Bills can be had at -3.5 in the first half and that would seem to be a decent look in this one. Only the Packers scored on a higher percentage of their drives than the Bills. The Colts were 11th in that department.

It isn’t a comfortable price to lay with a team that hasn’t won a playoff game since the Clinton Administration, but it looks like the right side to me.