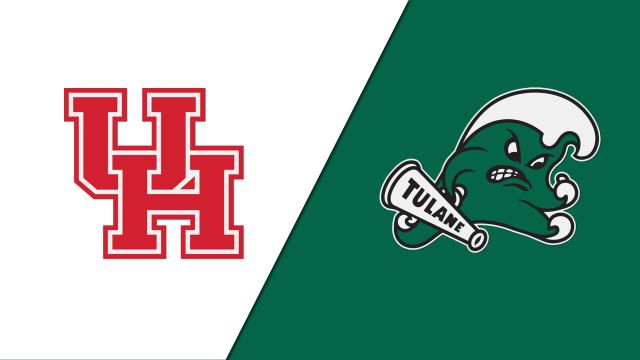 Week 6 of the 2021 college football season kicks off Thursday, October 7, with the American Athletic Conference showdown from Yulman Stadium in New Orleans, so here’s the best Houston vs. Tulane betting pick.

The Cougars have dominated the Green Wave over the last two decades, winning 14 of their last 17 encounters. Houston is a 6-point road favorite for this meeting, while the totals are listed at 59.0 points on BetOnline Sportsbook.

The Cougars smashed Tulsa for their fourth straight W

The Houston Cougars (4-1; 3-2 ATS) are coming off an impressive 45-10 victory at Tulsa in Week 5. They smashed the Golden Hurricane, building a 28-point first-half lead and holding their rivals to only 289 total yards.

The Cougars extended their winning streak to four games thanks to another strong defensive performance. They are surrendering 15.0 points per contest (10th in the nation) on just 255.8 total yards (4th), while the Cougars’ secondary ranks sixth in the country with 144.4 passing yards allowed per game.

On the other side of the ball, Houston is tallying 36.6 points per contest (24th) on 371.0 total yards (87th). Freshman RB Alton McCaskill has accounted for 68 totes, 310 rushing yards, and eight touchdowns, while junior QB Clayton Tune has tossed for 970 yards, seven touchdowns, and six interceptions.

The Green Wave lost three in a row

The Tulane Green Wave (1-4; 2-3 ATS) are coming off a heavy 52-29 defeat at East Carolina in Week 5. They were listed as 3-point road favorites, but the Green Wave’s defense allowed the Pirates to rack up a whopping 612 total yards. Furthermore, Tulane committed four turnovers, and freshman QB Michael Pratt finished with 268 yards, a TD, and three interceptions.

Through the first five weeks of the 2021 CFB season, Pratt has thrown for 1,150 yards, 11 touchdowns, and five interceptions. He’s added 117 yards and four scores on 50 carries, while sophomore RB Cameron Carroll has 204 rushing yards and a couple of touchdowns on his tally.

The Cougars lean on their stout defense. Over the last four weeks, they’ve yielded only 37 points in total. Hereof, I’m expecting them to come out on top Thursday at Yulman Stadium and cover a six-point spread.

Tulane relies on its passing game too much, and the Green Wave will have a mountain to climb against one of the best defensive units in the country. The Cougars’ secondary has been terrific thus far, so I’m looking for another strong performance.

The over is 5-1 in Tulane’s last six games overall. Four of their first five outings in 2021 produced way more than 60 points in total, and I’ve already mentioned how bad their defense has been through Week 5.

On the flip side, none of the Cougars’ first five games in 2021 has produced more than 59 points in total. Houston should torture the Green Wave’s offense, so I’m going with the under on the totals. The previous two meetings between Houston and Tulane went in the over, producing more than 60 points in total, but the under is 4-2 in their last six H2H duels.