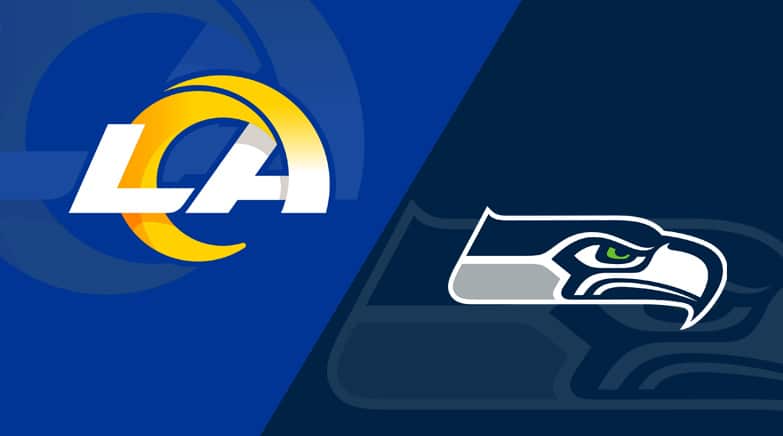 Week 5 of the 2021 NFL season starts with the NFC West showdown from Lumen Field, so we bring you the best Rams vs. Seahawks betting pick and odds along with the latest team news, stats, and betting trends.

Another Thursday Night Football is upon us, and the Rams head to Seattle as slight 2-point favorites on Bookmaker Sportsbook. The totals sit at 54.5 points, while the Seahawks are +118 moneyline underdogs.

The Rams got trounced in Week 4

The Las Angeles Rams (3-1; 2-2 ATS) entered Week 4 unbeaten and full of confidence following a 34-24 victory to the Tampa Bay Buccaneers in Week 3. They were listed as 4-point favorites against the Arizona Cardinals, and the Rams completely disappointed in their first divisional clash of the season, suffering a 37-20 blowout in front of the home fans.

Los Angeles allowed the Cardinals to run 40 times for a whopping 216 yards. The Rams had the ball in possession for nearly 25 minutes, racking up 121 yards on the ground and 280 through the air, while Matthew Stafford completed just 26 of his 41 pass attempts. Stafford finished with a pair of TD passes and an interception, so the 33-year-old signal-caller now has 1,222 yards, 11 touchdowns, and a couple of picks on the season.

The Rams are scoring 28.8 points (6th in the NFL) on 391.3 total yards per game (10th), but their ground game ranks 23rd in the league, averaging only 93.0 yards per contest (3.8 per carry). RB Darrell Henderson sat out Week 3 due to a rib cartilage injury and is listed as questionable for Thursday’s clash in Seattle after accounting for 19 touches and 116 yards from scrimmage against the Cardinals.

The Seattle Seahawks (2-2; 2-2 ATS) avoided a three-game losing streak with a 28-21 road victory over the San Francisco 49ers this past Sunday. It was their first divisional battle of the new season, and the Seahawks managed to bounce back despite another mediocre performance.

Seattle racked up only 234 total yards in Week 4, allowing 457 in a return. The Seahawks couldn’t get a 1st down on any of their first five possessions, but Russell Wilson got things going in the second half and finished 16-of-23 for 149 yards and a couple of touchdowns while scoring once on his own. Seattle went 4-for-4 in the red zone, while its defense forced a pair of turnovers.

The Seahawks are scoring 25.8 points (10th) on 350.3 total yards per contest (19th). Wilson has tossed for 1,044 yards and nine scores through the first four weeks, tallying the 10th-best quarterback rating in the league (60.9), but the Seahawks continue to struggle on the defensive end. Seattle is dead last in total yards allowed per game (444.5) and surrenders 25.0 points per contest (tied-19th).

DE Darrell Taylor is doubtful to play Thursday night which is another big problem for the Seahawks’ defense that has struggled a lot through the first four weeks. The Rams have a huge motive after that ugly loss to the Cardinals, so I’ll take the visitors at moneyline odds.

It’s hard to trust the Seahawks’ defense that has been pretty much awful over the last couple of years, especially against passing, while the Rams lean on their passing game probably too much. I’m expecting a tight clash, and the Rams’ D that has a lot of room for improvement is the main reason why I’m backing LA to win straight up. In the last two years, the Rams have gone 3-1 SU and ATS against Seattle.

The betting trends are not helping a lot, and the line is a tricky one at 54.5 points. I’m taking the over, expecting the Rams to establish their passing game against the Seahawks who allow 292.5 passing yards per game (28th in the NFL).