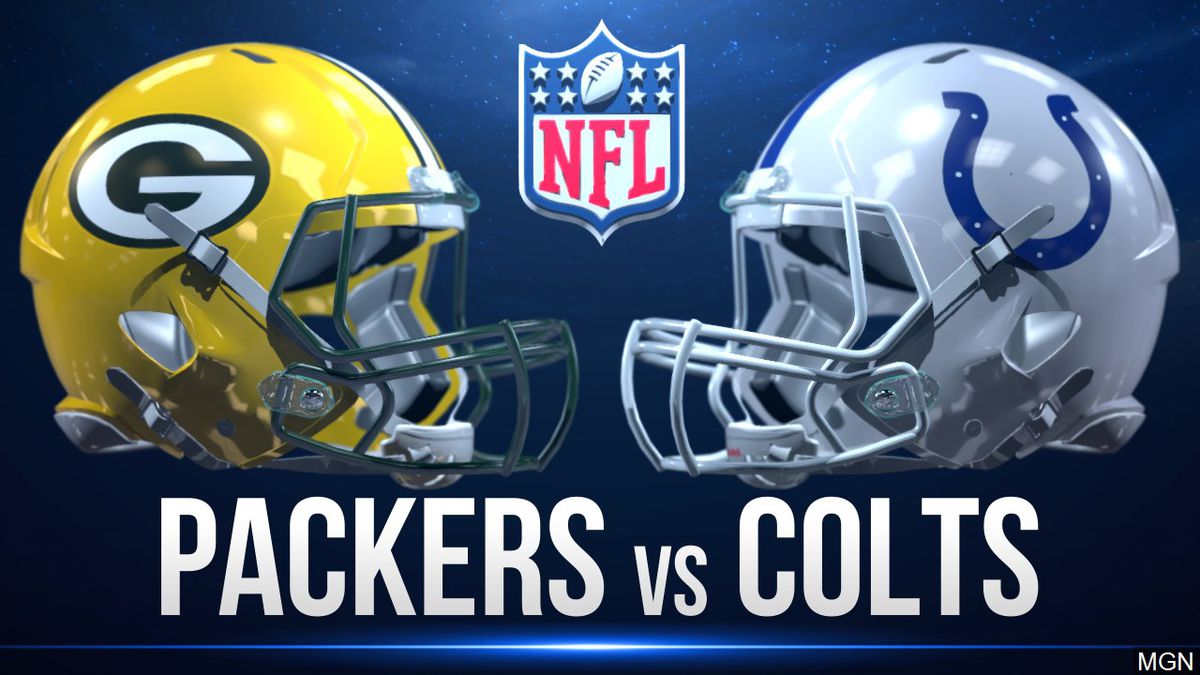 Indianapolis Colts fans were disappointed when their team lost their opener, falling in Jacksonville to the Jaguars, 27-20. Since then, though, the team has won six out of eight games, losing to the Cleveland Browns and the Baltimore Ravens but beating everyone else. This includes a 34-17 win over the Tennessee Titans last Thursday, allowing the Colts to move into first place in the AFC South.

Next up for the Colts is a visit from the Green Bay Packers. The Pack went into their bye with a 4-0 record but have gone just 2-3 since then. They got routed in Tampa Bay, went to Houston to beat the woeful Texans, and then they got rolled at home by the Minnesota Vikings. Since then, they have beaten an undermanned San Francisco team and barely escaped a home upset at the hands of the Jaguars. So while the Packers are 7-2, there are some cracks forming in that elite record.

Take a look at our preview of this interconference matchup.

Green Bay has played well on the road, winning four of their last five games away from Lambeau Field. Aaron Rodgers continues to put up huge numbers, with a 26:3 TD:INT ratio (and with two of those picks coming against Tampa Bay). On the season, he has 2,578 passing yards and a 67.8 pass completion rate. In his last four games, he has thrown 13 touchdown passes. His top targets have been Davante Adams and Marquez Valdes-Scantling, who have combined for 13 scores and over 1,200 yards. On the ground, the Packers have the punishing Aaron Jones, who has rumbled for 493 yards.

The defense has been decent, permitting 24.9 points per game. Za’Darius Smith has led a fearsome pass rush, picking up eight sacks in nine games. The Packers do lead the NFC North, and their offense has been high-octane. However, of their seven wins, only one has come against a winning team. If you like the Packers, you see Philip Rivers melting down with a poor game – and the Packers taking advantage.

Why the Colts Will Win

Philip Rivers has done a reasonable job leading the Indianapolis offense, but his 11:7 TD:INT ratio is far from elite. In seven of his last nine games, he has thrown no more than one touchdown pass. The Colts ride their running game, behind the 428 yards and four scores that Jonathan Taylor has posted.

On defense, Indianapolis permits under 20 points and 291 yards per game. Denico Autry has already posted six sacks, and Darius Leonard leads the team with 60 tackles. The Colts have won three games at home this year, by an average of 16.6 points. If their defense can stand tall and they can run the ball on first down, they should be able to win.

On paper, the Colts look like the winning team. They have the better defense, and they have the better running game. However, when I think of the quarterback duel between Aaron Rodgers and Philip Rivers, even if the Colts can build a lead, I don’t see why Rodgers wouldn’t be able to engineer a comeback. I don’t trust Rivers to outduel Rodgers, so give me the Packers to win a close one.

How Well Will Jameis Winston Play This Week For the Saints?