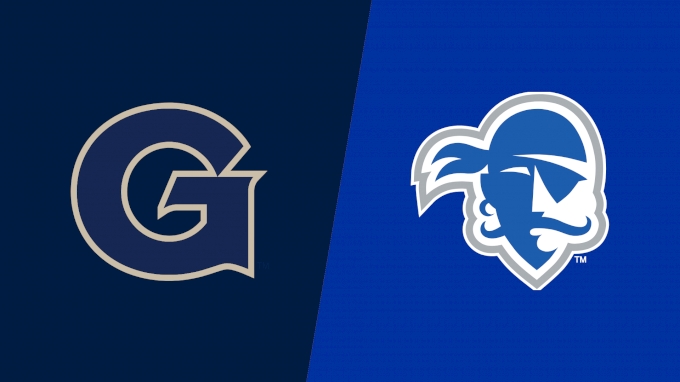 The 2022 Big East Conference Championship Tournament tips off Wednesday, March 9, with the first-round matchups from Madison Square Garden in New York, so we bring you the best Georgetown vs. Seton Hall betting pick and odds.

The Hoyas meet the Pirates for the third time in 2021-22. Seton Hall aims for its third straight victory over Georgetown, and the Pirates are listed as 10.5-point favorites with a total of 144.5 points on BetOnline Sportsbook.

Georgetown is winless in 20 straight outings

The Georgetown Hoyas (6-24; 12-16-2 ATS) suffered a heavy 97-75 defeat at the Xavier Musketeers in their regular-season finale. It was the Hoyas’ season in a nutshell, as they surrendered 54 first-half points and shot only 41.5% from the field and 25.0% from beyond the arc.

Georgetown is winless in a whopping 20 games in a row. The Hoyas went 0-19 in the conference play and finished bottom of the Big East standings. They are No. 199 in the NCAA NET Rankings and No. 182 in the KenPom rankings.

The Hoyas score 105.7 points per 100 possessions (134th in the nation) and surrender 106.6 in a return (244th). Freshman guard Aminu Mohammed has been their best player so far this season, averaging 13.8 points and 8.1 rebounds per game. Senior guard Donald Carey tallies 13.6 points and 4.4 boards per contest, while sophomore G Dante Harris adds 12.3 points and 4.2 assists a night.

The Seton Hall Pirates (20-9; 14-14-1 ATS) enter the Big East tourney riding a five-game winning streak. They outlasted the Creighton Bluejays 65-60 as small 1.5-point road underdogs in their regular-season finale, finishing with an 11-8 record in the conference play.

I don’t feel comfortable with a double-digit spread, but it’s tough to back the slumping Hoyas even though they’ve covered the spread in four of their last five showings as underdogs of 10.5 or more points. Seton Hall is a good defensive team and should shut down Georgetown.

The under is 4-1 in the last five encounters between the Hoyas and Pirates, and it is 12-4 in their previous 16 meetings. Also, the under is 4-2 in Georgetown’s last six games overall and 5-1 in Seton Hall’s previous six.