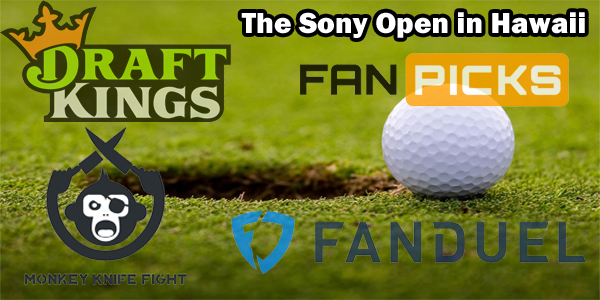 Only 42 players participated in the Sentry Tournament of Champions last week. We have a lot more than that on hand this week. The first full-field event of 2021 will feature 137 players with the Sony Open in Hawaii at Waialae Country Club.

Thirty of the players in this week’s field played last week at Kapalua and most of those players are up near the top of the list as far as pricing goes for DraftKings this week. One reason is because they are among the best players in the game, having been able to qualify for the Tournament of Champions. Another reason is because a lot of guys in this field haven’t played in four or five weeks and rust could be a factor.

Our goal here is to find the best value picks on the board. It simply isn’t feasible to fill your lineup with the top guys because there is a salary cap. Our focus will be to find those high-upside, low-cost plays to fill out the last spot or two of your roster.

Chez Reavie ($7,400) – Waialae is not a course that requires a lot of length. Rather, the Sony Open in Hawaii is really big on driving accuracy and strokes gained approach. Chez Reavie doesn’t hit the ball far, but he rarely puts himself into bad spots. Reavie missed the cut at Waialae last year, but it was a tough year for scoring all around, as Cam Smith won at 11-under, the lowest winning score in 15 years. Reavie was third, 18th, and eighth the three years prior. He was not playing well at the end of the 2020, but he’s had a chance to rest and he starts back up on a course where he has had success and one that fits his game.

Brandt Snedeker ($7,200) – Brandt Snedeker doesn’t have the sample size that a lot of players have at Waialae, but he’s played well when he has been there. Sneds was 12th last year, 16th the previous year, and runner-up back in 2016. He did miss the cut in 2017, so that could be a concern, along with some poor recent form, but this is the time of year when he typically shines. He plays very well early in the season out west, namely in California, but a couple of top-20 finishes the last two years at Waialae are certainly a good reason to take this low price on a very good winter player.

CT Pan ($7,100) – It feels like an eternity ago, but CT Pan was a top-10 finisher at The Masters back in November. He missed the cut at the RSM Classic, which is concerning, but Pan won the RBC Heritage in 2019. Harbour Town Golf Links is said to be the closest comp among PGA Tour courses to Waialae. This will be Pan’s second career start here and first since 2017. He’s not a huge hitter, but this course would seem to fit the profile of places where he would be positioned for success. Colonial Country Club is another one and that draws comparisons to Augusta National, where Pan was seventh just two months ago. Pan was third at Colonial in 2019 and 20th in 2018.

Branden Grace ($7,000) – Branden Grace only has one start at Waialae, which came back in 2017. He finished a very respectable 13th. He was eighth in the European Tour championship event at Abu Dhabi. Grace is a past winner of the RBC Heritage, so he is another one of those guys that seems to have some serious course fit to his game in this one. He was 19th at Colonial in the restart event for the PGA Tour back in May. That is a running theme through this week’s value players and it really does seem to be a pretty excellent approach to take with some significant correlations between courses and events.

Michael Thompson ($6,900) – One of the lesser-known players to participate last week was Michael Thompson. Nothing stood out about his game, but he did shoot 15-under with 23 birdie or better holes and nine bogey or worse holes. Thompson was even par after the first round and then put together three rounds in the 60s. He’s been a fixture here and hasn’t played terribly well, but he does have a couple of top-20 finishes to his name. He was top 10 at the RBC Heritage last season and in 2019 as well.