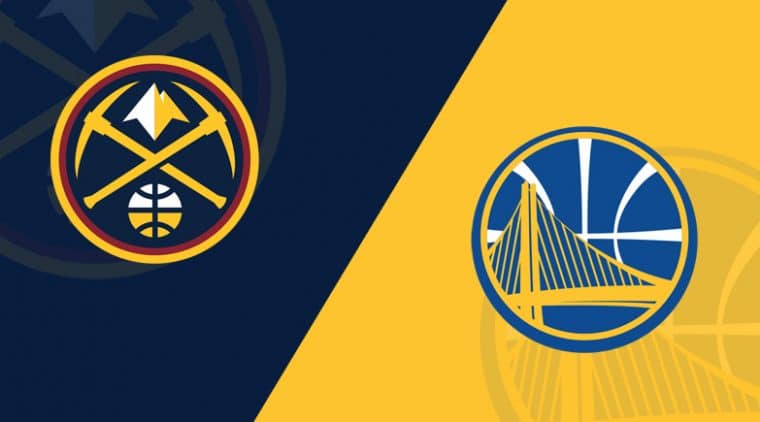 The NBA playoffs continue on Wednesday, April 27 with two games scheduled, so we’re taking a closer look at the Western Conference showdown Chase Center in San Francisco, California, to get you the best Nuggets vs. Warriors betting pick and odds.

Golden State holds a 3-1 series lead as Denver stayed alive with a victory in Game 4 at home.So, it is not surprising that the Warriors enter as a significant favorite at -9.0 points with the total set at 226.0 on BetDSI Sportsbook. Golden State is 6-4 in the last 10 meetings between these teams.

The Denver Nuggets (49-37; 37-48-1 ATS) stayed alive in their series against Golden State Warriors with a 126-121 victory in Game 4. Defense has still been a serious problem for this team, as they have allowed at least 118 points in all four games. The Nuggets lost both games on the road in this series and were 25-16 on the road during the regular season. The Nuggets are 3-7 ATS in their last 10.

Denver shot 56.2% from the field in the victory, including 48.4% (15-31) from three-point range. They were solid from the free-throw line as well, hitting 29 of 36 shots (80.6%). However, the team produced only 33 rebounds as they are averaging 39.8 boards per contest during the playoffs. That is a slight drop off from the regular season when they ranked fourth at 42.4 boards per game.

Nikola Jokic led the way for Denver with 37 points, eight rebounds, and eight assists, hitting 14 of 21 shots. He has been impressive in his last nine games, averaging 34.2 points, 14.9 rebounds, and 7.1 assists per game. Jokic is averaging 31.3 points per game in the series, but is going to need some help, as Monte Morris is second at 14.0 points per game. Michael Porter is out for this contest.

The Golden State Warriors (56-30; 44-38-4 ATS) return home looking to clinch their series with Denver. Golden State won the first two games of the series at home and finished the regular season 31-10 at the Chase Center. The Warriors are 8-2 ATS in their last 10.

Despite suffering the loss, Golden State still shot 50.0% from the floor, led by Klay Thompson with 32 points. Steph Curry came off the bench for the fourth straight game, scoring 33 points and adding eight assists. He is leading the club at 27.5 points per contest, but Thompson (24.5 ppg) and Jordan Poole (24.3 ppg) are each having excellent series as well.

Scoring has not been an issue for Golden State through the first four games of the playoffs, as they lead all teams at 122.0 points per contest. That has come courtesy of 53.1% shooting overall, tops in the postseason as well. This has been a dramatic improvement, as the Warriors averaged 111.0 points per contest during the regular season. James Wiseman will be out for this game.

Denver stayed alive with the five-point victory in Game 4, but Golden State has dominated this series. They won each of the first two games by at least 16 points, both in San Francisco, and return home looking to finish off the Nuggets. Golden State has won four of the last six meetings between these teams at home, and they have won each of those four games by at least nine points, including the last three by double digits.

The combination of Thompson, Curry, and Poole is simply too much for the Nuggets to counter. They have one player delivering offensively, and not enough productivity across the board to be able to compete.

This is a very surprising total set for this game. Each of the first four contests have seen at least 230 points scored, so why oddsmakers believe that 226 is a good mark seems puzzling to say the least. In fact, only one of the last seven meetings between these teams have seen fewer than 226 points scored. It is puzzling.