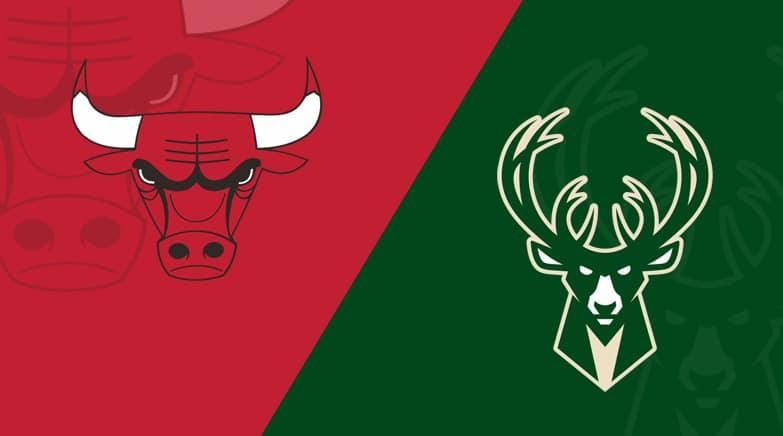 The NBA playoffs continue on Wednesday, April 27 with two games scheduled, so we’re taking a closer look at the Eastern Conference showdown at Fiserv Forum in Milwaukee, Wisconsin, to get you the best Bulls vs. Bucks betting pick and odds.

Milwaukee has won three of the first four games in the series, including the last two in Chicago. So, it is not surprising that the Bucks enter as a significant favorite at -12.0 points with the total set at 218.0 on BetUS Sportsbook. Milwaukee is 8-2 in the last 10 meetings between these teams.

The Chicago Bulls (47-39; 44-41-1 ATS) find themselves on the verge of elimination after dropping the last two contests at home against Milwaukee. The team had closed out the regular season 4-6, and that mediocre play has carried into the playoffs. The Bulls are 4-6 ATS in their last 10 games.

Chicago struggled offensively in the loss against Milwaukee, hitting 38.9% of their shots, including just 25% (9-36) of their three-point attempts. A dominating performance by the Bucks in the second quarter gave Milwaukee a 15-point lead heading into the half. Three players recorded more than 20 points for Chicago in the loss, including Zach LaVine, who recorded a double-double with 24 points and 13 assists. Patrick Williams also had a double-double with 20 points and 10 rebounds. The bench produced only 15 total points.

Chicago was a decent offensive team during the regular season, averaging 111.6 points per contest, 13th overall. They shot 48.0% from the field, third overall, and were fourth from three-point range at 36.9%. However, the club has been held under 90 points in two of the four games and has been held under 100 in three contests. Chicago is dead last in field-goal percentage in the playoffs at 39.8%, hitting 28.0% of their three-point attempts. The Bulls are in even more trouble as LaVine is out for this contest.

Giannis Antetokounmpo led the way from 32 points and added 17 rebounds. The power forward was 11-22 from the field. Grayson Allen came off the bench to add 27 points, hitting 10 of 12 shots, including 6-7 from three-point range. This was a contest dominated by Milwaukee, who outrebounded Chicago, 46-36.

Milwaukee entered the postseason as one of the best offensive teams in the NBA, averaging 115.5 points per contest, third overall, and they were second in rebounding at 46.7 per game. The Bucks are averaging just 108.3 points per game during the first four games of the series, but defensively they have been spectacular. Milwaukee was allowing 112.1 points per game during the regular season, but are allowing Chicago just 94.0 points per contest. The Bucks have no serious injuries.

The loss of LaVine is a huge one for Chicago. He was averaging 19.3 points, 5.3 rebounds, and 6.0 assist per game, and this team simply does not have the depth to be able to cover that type of loss. Chicago was already in danger of dropping this game even with LaVine in the lineup, but now it seems completely improbable for them to pull out a victory.

Milwaukee is simply smothering the Bulls. They are holding Chicago to under 40% shooting, including 28.0% from three-point range. More troubling for Chicago is that they are getting to the line just 15.3 times per contest while Milwaukee is taking 21.5 free throws per game. Look for the Bucks to run away with this contest.

This total is a stretch. These teams have gone over 218 just one time in this series and with LaVine out of the lineup, the Bulls are not going to produce another 114-point performance. They will be lucky if they approach 95 in this contest. Milwaukee is simply shutting them down and it is more likely the club scores around 88.