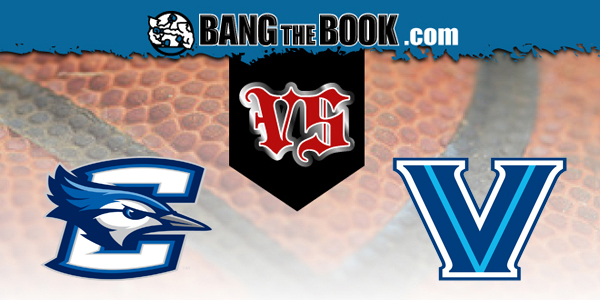 It was another sweat, but the Georgia Tech Yellow Jackets got there, so we’re off to a 2-0 start for this week on spotlight games in college basketball. More and more conference tournaments are starting with each passing day and I encourage you to head to ATS.io, where I’m talking about those on the podcast and also in article form.

As far as what’s happening here at BTB, tonight’s focus is on the game between Creighton and Villanova. It is a big game, but one that has a lot of intrigue and also some unfortunate storylines behind it. Villanova is -4.5 with a total of 147 from the fine folks at Bovada Sportsbook. Let’s dig into this one.

Creighton has been in the news for all the wrong reasons the last few days. Head coach Greg McDermott used what he called a “terribly inappropriate analogy” in hopes of getting his team to band together. You can find out exactly what he said if you want, but needless to say it ruffled some feathers and rubbed a lot of players the wrong way.

This is the biggest game of the night and a big one for both teams with the Big East Conference Tournament looming. It is also a big game for Creighton. McDermott’s ill-advised comments came after a game in which the Bluejays lost to Xavier 77-69, but it was only their second loss since January 20. McDermott must have seen something in his team’s play that concerned him, so he attempted to head it off at the pass.

Well, now we have to wonder how his team comes together with two regular season games left to play. McDermott has been in Omaha since 2011 and this seemed to be an isolated incident, so maybe there won’t be any carryover effect for the players. He’ll certainly choose his words more wisely the next time and perhaps the players have moved on.

If the Bluejays play anything like the first meeting against Villanova, winning could cure all. Creighton won the first game 86-70 and was 32-of-54 from the floor with 1.34 pointes per possession. That was the best offensive performance of the season for Creighton. Villanova had 1.091 PPP of its own, but that wasn’t nearly enough to topple Creighton and the efficient offense in that one.

That game was played to just 64 possessions and had 156 points back on February 13. The closing total for that game was 144, so we have seen an adjustment for sure.

Villanova is also coming off of a loss, though one that garnered fewer headlines because Jay Wright didn’t put his foot in his mouth. The Wildcats went 2-of-27 from three-point land in the 12-point loss to Butler on Sunday. That was easily the worst shooting effort of the season for Villanova, who was 5-of-22 on February 20 against UConn, but still came away with a 68-60 win. Butler had something of an out-of-body experience going 10-of-24 from deep in that one.

A focused Villanova team seems really scary here, though the Wildcats did not bounce back super well from their two previous Big East losses. The UConn game immediately followed the Creighton loss and the Wildcats only beat Georgetown by 10 after losing to St. John’s. Georgetown had 1.163 PPP in that game, which remains a season-high in Big East play.

We should get Villanova’s best effort here, but we should also get Creighton’s, assuming there is no residual hangover from the fallout of last weekend and the run it has gotten on social media the last couple of days. It is definitely an interesting spot for both teams in the second-to-last regular season game.

This game should be tighter, which could bring fouling into the equation. The first game had 156 points and only 26 free throw attempts. If this one falls around the number, the whistles will be out late in the game as the trailing team looks to extend the game. As a result, despite the low number of possessions and likely regression offensively, specifically from Creighton, the total is tough to play.

I’m looking at Villanova -4.5 here. Creighton is shooting 61.1% at the free throw line on the road over 10 games. They go from 37.7% from 3 at home to 35.2% from 3 on the road and from 61.2% on two-point shots to 53.7% on the road. Creighton is predominantly a jump-shooting team and we’ve seen some closer margins against teams less talented than Villanova on the road.

I’ll ride with the Wildcats here. This number opened 4 and we’ve seen it get bet up and I agree with that assessment.