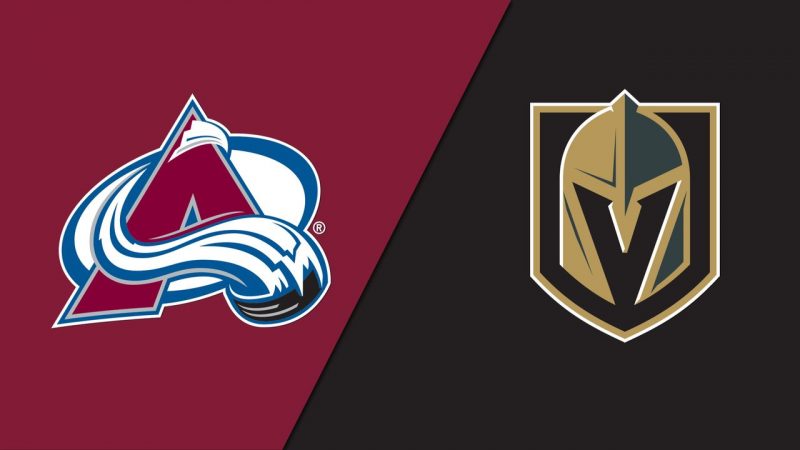 The NHL betting action continues Wednesday, February 16, 2022, with four games around the league, including the marquee Western Conference showdown from T-Mobile Arena in Las Vegas, so we bring you the best Avalanche vs. Golden Knights betting pick and odds.

According to Bovada Sportsbook, the Golden Knights are small home favorites. Vegas meets Colorado for the second time this season, searching for its sixth consecutive victory over the Avalanche.

The Avs play without rest

The Colorado Avalanche open a four-game road trip Wednesday in Las Vegas, searching for their sixth straight victory away from home. They’ll play on the second day of a back-to-back set, and their Tuesday night’s clash against the Dallas Stars has been excluded from the analysis.

The Avs have been terrific lately. They’ve won 12 of their previous 13 games at any location. Colorado is topping the Central Division at the moment with the league-high 72 points on its tally.

The Vegas Golden Knights (28-17-3) are coming off an embarrassing 6-0 defeat at the Calgary Flames this past Wednesday. They put an end to a three-game winning streak, recording the third loss in their past eight showings at any location.

The Golden Knights allowed the Flames to storm the front and score three goals in the first period. Vegas failed to find the back of the net on 28 shots, while Robin Lehner yielded six goals on 33 shots.

This clash could easily go either way, as the best team in the league takes on the No. 1 seed in the Pacific Division. The Avalanche are the hottest team in the NHL, but they’ll have a tall task in this matchup, especially because they’ll play on the back end of a back-to-back set.

The Golden Knights have dominated the Avs lately, so I’m backing them to extend their winning streak over Colorado. The hosts should be fired up to prove their worth when they welcome the No. 1 seed in the Western Conference.

The Avs and Golden Knights both possess plenty of offensive weapons, so I’m backing the over on the totals. Also, neither of these two teams can brag with a stout defense. Vegas ranks 17th in the league in penalty-killing percentage (79.5%), while Colorado is 20th (77.9%).