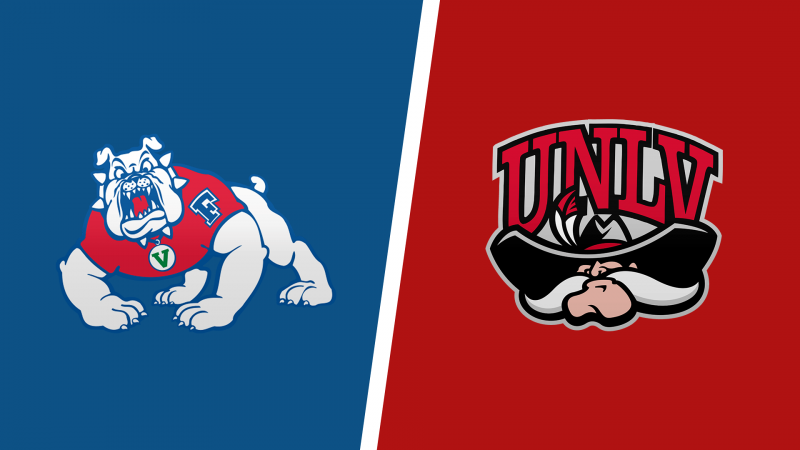 The 2021-22 college basketball season goes on Wednesday, February 16, with the Mountain West Conference from Save Mart Center in Fresno, California, so we bring you the best UNLV vs. Fresno State betting pick and odds.

The Rebels meet the Bulldogs for the second time this term. Back on January 14, Fresno State outlasted UNLV 73-68 as a small 1.5-point road favorite. According to Bookmaker Sportsbook, the Rebels are firm favorites for Wednesday night’s clash, so let’s take a closer look.

UNLV is winless in two straight outings on the road

The UNLV Rebels (14-11; 10-14 ATS) are coming off a 69-63 defeat at the Boise State Broncos last Friday. It was their second straight loss away from home and second in their previous three showings at any location.

The Rebels covered a 9-point spread in Boise, but they missed a big chance to upset the odds. UNLV blew a nine-point lead, sending the Broncos to the free-throw line a whopping 29 times. Senior guard Bryce Hamilton led the charge for the Rebels with 32 points on 12-for-24 shooting from the field, while another senior G Jordan McCabe added nine points and six assists.

The Fresno State Bulldogs (16-8; 14-8-1 ATS) recorded their second straight defeat this past Friday. After a 61-59 home loss to the Wyoming Cowboys, the Bulldogs suffered a heavy 65-50 defeat at the Colorado Rams.

Fresno State failed to cover a 6-point spread at Moby Arena in Fort Collins, Colorado. The Bulldogs couldn’t cope with the Rams’ defense, making only 35.2% of their field goals and 18.5% of their 3-pointers. Junior forward Orlando Robinson led the way for Fresno State with 24 points and eight rebounds, while junior guard Anthony Holland had four points and 12 rebounds.

The Bulldogs fell to 6-5 in the conference play, sitting at the fifth spot of the MWC standings. They are No. 64 in the NCAA NET Rankings and No. 51 in the latest KenPom rankings. Fresno State tallies 106.4 points per 100 possessions (101st in the nation) and allows 92.8 in a return (24th).

The Bulldogs are a top-notch defensive team and should shut down the Rebels on the home court. Fresno State allows only 20.7 field goals per game (7th in the nation) on a 41.1 percentage clip (68th). On the other side of the ball, the Bulldogs will look to exploit UNLV’s low-post defense, while Orlando Robinson should dominate the Rebels in the paint.

In that 73-68 victory at UNLV in January, Robinson tortured the Rebels for 24 points and 11 rebounds. The Bulldogs have owned the Rebels over the last six years, going 9-3 SU and 11-1 ATS in their previous 12 encounters.

The over is 4-1 in the last five meetings between the Bulldogs and Rebels. UNLV’s last five road games have gone over the total, but the under has hit in five of Fresno State’s previous six showings at any location.

I’m not expecting a high-scoring affair. Both teams prefer to take things slowly. While the Rebels average 66.7 possessions per 40 minutes, the Bulldogs register only 61.0 (356th). Fresno State plays at the third-slowest pace in the country and leans heavily on its defense.