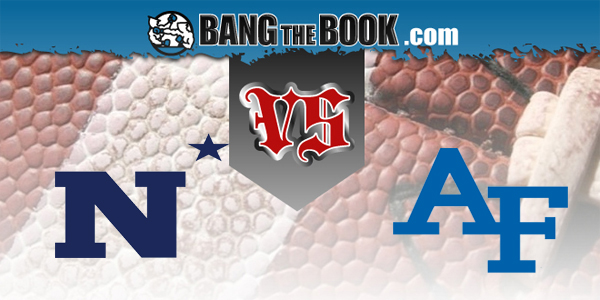 A question for our BetAnySports audience:

How much, in terms of honor, prestige, pride and recruiting power, is the Commander-in-Chief’s Trophy worth? Well, if you’re the Air Force Falcons, enough that you would field a football team for the sole purpose of competing for it.

Air Force is part of the Mountain West Conference, which chose not to have a football season. However, its two service academy rivals, Army and Navy, are active – though not without a few speed bumps.

On Saturday at 6 PM ET in Colorado Springs, the Falcons will field a team to do battle with Navy, in what they see as a revenge game after last year’s 34-25 defeat. Then next month they will play Army. And as for now, that is all that is scheduled.

Both of these squads finished 11-2 last season, but it was Navy that came away with the CIC Trophy and a national rankings after beating Kansas State in the Liberty Bowl. Air Force finished 11-2 as well, with a win over Army, and then beat Washington State in a bowl game.

Circumstances are obviously strange this season. The pandemic affected Navy’s preparation in fall practice; they were not doing any contact drills at all before the hastily-arranged opener against BYU. And they were not ready at all, losing 55-3. But then, after falling behind 24-0, they staged an amazing comeback to pull out a 27-24 victory. last week’s game against Temple was postponed out of coronavirus-related concerns.

In the college football betting odds posted on this game at BetAnySports, the Middies are favored on the road:

We wonder how possible it is to even get a good read on this game. That’s because Air Force won’t be there in, well, full force. There are reportedly dozens of players who had been granted a semester off so that they would not lose a year of eligibility just because of a two-game schedule. That would leave a skeleton crew at best. And it’s even worse because Donald Hammond III, last year’s quarterback, has been declared “not in good standing” and therefore wouldn’t be playing for the Falcons.

Navy coach Ken Niumatalolo also got himself in hot water with some comments about Air Force’s previous plans. It seems he was unhappy that while Army and Navy had to play full schedules, the Falcons were granted permission to play just two games. He blamed the Pentagon. He later apologized.

To complicate things further, since all of this, the Mountain West has indeed decided to start play on October 24. And in case you’re interested, this is what the AFA has ahead of itself:

Dalen Morris is not Malcolm Perry; not by a long shot. But he was able to rebound from a benching to lead Navy on its comeback at Tulane. He adds a passing element to the proceedings, which could be a key factor. Meanwhile, Haaziq Daniels is listed #1 on the depth chart at QB for Air Force, but there were reportedly five people competing for the job.

It’s true that Navy doesn’t have any footage on this year’s Air Force team, but the Falcons are seemingly starting from square one, perhaps in the same position Navy itself was before BYU. It would surprise us if Troy Calhoun’s team was tremendously competitive in this first shot out of the box. So we’ll lay the points.

College football is king at BetAnySports. Look at all these options you get, including the ability to place wagers while the action is in progress with Sports Betting Prime……… Before the game kicks off, get extra value with reduced juice………… Enjoy the games of chance with three no-download casinos, and three more with live dealers……. Make your deposits with a debit or credit card, person-to-person transfers or the virtual currency of Bitcoin, which is fast and easy with their automated system, and NEVER incurs a transaction fee!

College Football Betting — Oklahoma State vs. Kansas: Will the Jayhawks Keep Getting Pounded?