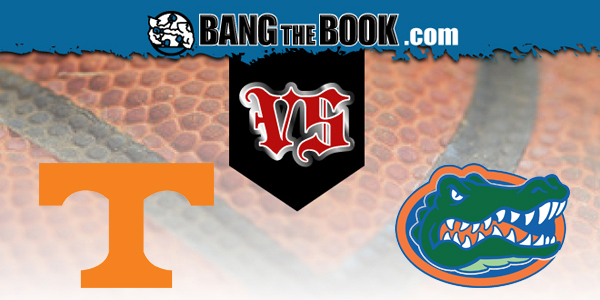 The Tennessee Volunteers have lost just once this season, and they are currently ranked sixth in the nation in the Associated Press poll. The Florida Gators have lost three of their last four, so they are struggling a bit.

But they have a chance to boost their stock with an upset on Tuesday night, as they host Tennessee at the O’Connell Center in Gainesville on ESPN.

BetAnySports customers can get reduced juice for a better deal on the odds, and with Sports Betting Prime, they can make real-time wagers after the action has started.

One thing we can tell you about Rick Barnes’ Tennessee squad is that they will turn teams over (8th in TO percentage), block shots (first in nation in block percentage) and make it a nightmare to shoot on the inside (44.3% in two-point D). This has always been the pattern with Barnes, in his previous coaching stops at Texas and Clemson.

This ability on the part of the Vols to keep a virtual seal inside the arc means Florida will have to step up its three-point shooting. The truth is that they aren’t bad at it (37.6%), but that constitutes only 28% of their attempts. So it would behoove them to break out that part of their arsenal a bit more.

But there’s a problem for coach Michael White to deal with. The Gators have been somewhat compromised on offense since Keyontae Johnson, the pre-season SEC Player of the Year, collapsed on the court on December 12. He was the team’s best offensive player on an all-around basis, and had scored 59 points in the first three games of the season (that’s almost 20 a game, if you’re doing the math).

In addition to that, guard Scottie Lewis is out for a third straight game. Lewis gave them at least the potential for some outside shooting (almost 44% accurate), but he is sidelined for “health and safety reasons,” which White does not elaborate on too much, but the assumption is that Lewis might have a COVID problem.

Don’t get us wrong; the Volunteers won’t have any picnic putting points on the board. This is generally not a good shooting team; they hit only 52% inside the arc and 34.7% on the deep perimeter. And we suspect they aren’t going to have the easiest time getting inside, not with human eraser Colin Castleton (14 blocks in the last two games against Ole Miss and Mississippi State) in the middle for Florida.

But there is a turnover battle that is going to be won by somebody, and the big favorite there has to be the visitor. Florida point guard Tre Mann knows how to score, but he can be more than erratic at times.

On the other hand, do not expect Tennessee to give the game away with turnovers, as they are ninth best in taking care of the ball, as documented by the “Turnover Percentage” metric.

To their credit, Florida did surprise earlier in the SEC schedule with a home win over LSU. But Tennessee is arguably at a higher level in an increasingly competitive conference. Yes, they have lost to Alabama, another outstanding program. But they have been able to get a margin of at least nine points in every win except the one against Arkansas. We’ll lay the points.