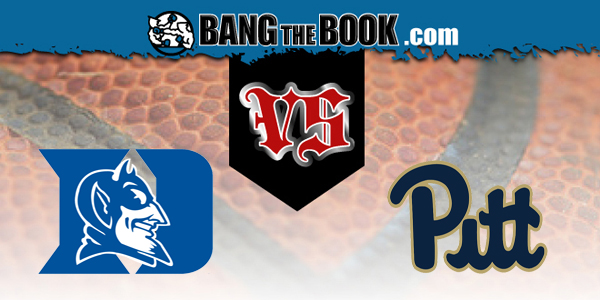 We don’t know if this is an anxious time for Coach Mike Krzyzewski or not, but we can tell you that the Duke Blue Devils are now outside of the national rankings for the first time since February 2016. Can they bounce back from this, after a loss to Virginia Tech last time out?

We will find out on Tuesday night, as they tackle the Pittsburgh Panthers, who have been tough as nails for most of the campaign thus far.

This game was originally scheduled to take place on December 29, but with Pitt literally on the team bus to start their trek, it was determined that some people in their traveling party had been exposed to someone with COVID-19, so the game was postponed.

BetAnySports customers will be able to get better odds than usual on this game, as they take advantage of reduced juice, and once the game starts, they can partake in real-time wagering, thanks to Sports Betting Prime.

Duke sees itself being bolstered by a healthier Jalen Johnson, who’s now had a week to rest and then practice coming off a foot injury. The 6-9 freshman had been limited to just four minutes against Virginia Tech because he just wasn’t in ideal shape to play.

Freshman Jeremy Roach had 22 points in that game, and Coach K looks at him as an indicator that things may be starting to come around for his young people. And the Blue Devils don’t have to rely only on freshmen, as soph Matthew Hurt is the top scorer in the ACC (19.6 ppg). But to a considerable extent, this program has been populated with players who are thinking “one and done” first, and the truth is, sometimes you’re going to have a great crop and sometimes you’re not. At 5-3, Duke will have to prove it’s got some ACC championship mettle.

Pitt, more or less a “position-less” team under head coach Jeff Capel (a Duke alumnus), comes in with a nice 1-2 punch in 6-6 monster Justin Champagnie (18.7 pts. 12.9 reb. per game) and Au’Diese Toney (15.9 ppg). Champagnie walked all over Syracuse last time out in a 96-76 win, with 24 points and 16 rebounds, as he was coming off an injury that forced him to miss the previous two games.

On defense, Pitt slows down the triple pretty well (allowing just 25%) and, not that Duke is necessarily reliant on it, but it will make the attack more one-dimensional.

It’s a shame that Pitt doesn’t shoot threes better, because they’d be able to exploit a defensive weakness of Duke, which has allowed teams to hit almost 38% from downtown.

There is a certain versatility we like with the Panthers, because they can do a lot of switching and perhaps do it successfully as Coach K seeks to go into “motion”with his offense. Pitt can more than hold its own on the boards.

We don’t want to judge Duke to harshly, because its three losses have come against Michigan State and Illinois, along with Virginia Tech But coming off their back-to-back wins over Syracuse, we like this cushion for the Panthers at the Peterson Center.