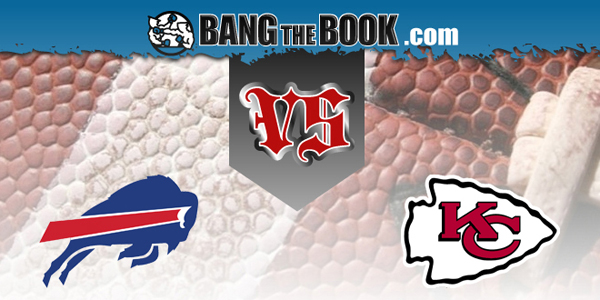 Two of the best offenses in the league will converge at Arrowhead Stadium in Kansas City in the AFC Championship. One of them belongs to the Buffalo Bills, who are playing for the chance to go to the Super Bowl for the first time since 1993. The other is the Kansas City Chiefs, who are looking to be the first AFC team not named the New England Patriots to go to back-to-back Super Bowls since the Denver Broncos in XXXII and XXXIII.

The status of Patrick Mahomes is obviously the big talking point for this game. At time of writing on Tuesday morning, we don’t really know any more about his availability after suffering concussion symptoms. Kansas City is -3 at BetOnline Sportsbook with a total of 53. If Mahomes doesn’t play, we’ll see this line swing about seven points in the other direction. If he is confirmed, we’ll likely see -3.5 or -4, maybe -4.5 at some shops.

In other words, the line seems to imply that Mahomes will play until proven otherwise. So we’ll do the same as we preview the AFC Championship Game on Sunday January 24.

The Bills won with defense last weekend in the Divisional Round. Their explosive offense was not on display at all, as some tough weather conditions and a stout Baltimore defense held the Bills to just 4.0 yards per play. It was the worst output of the season for Buffalo, but the Ravens only managed three points of their own.

Josh Allen was 23-of-37 for 206 yards with a touchdown and no interceptions. He was sacked twice, but didn’t make any careless mistakes with the football and that proved to be the difference in the game. Lamar Jackson made one careless mistake that was returned 101 yards for a touchdown. That was a 10 or 14-point swing that defined the game and Jackson’s subsequent concussion gave the Ravens little hope or a comeback.

The Bills didn’t even try to run the football in spite of the weather. They had 16 attempts for just 32 yards. We’ll see if they try to work a little more balance in this week against a Chiefs team that ranked 31st in Rush DVOA and gave up over five yards per carry to the Browns last weekend.

Whether the Bills do or don’t, the game will still come down to Allen. He’s going to finish in the top five of the NFL MVP race. He’s got great weapons like Stefon Diggs, who had 106 receiving yards and a touchdown last week and led the NFL in both receptions and receiving yards. He got back on the same page with John Brown last week. Cole Beasley wasn’t used much underneath, but he could be a key weapon this weekend.

The offense deserves all the attention and the accolades, but you have to give the Bills defense credit. Lamar Jackson was held to nine carries for 34 yards. Maybe the fourth quarter goes differently if Jackson is out there, but the Bills had a good game plan and improved greatly after being shredded by the Colts the previous week.

The key matchup to watch in this game will be Travis Kelce against the Bills safeties and linebackers. Matt Milano is a strong coverage linebacker, but Kelce is a matchup nightmare for virtually everybody. Will Milano be able to hold his own? Will Tre White shut down Tyreek Hill enough for the Bills to allow some safety help on Kelce?

In the first game, a game in which Josh Allen was hurt after getting injured the week prior, Kelce had five catches for 65 yards. The Chiefs ran for 245 yards on the Bills. Allen’s injury is a convenient excuse for Bills fans, but the Chiefs had 6.4 yards per play and ran the ball down Buffalo’s throat. Kansas City had the ball for nearly 38 minutes in that game. Milano missed that game for the Bills.

So, we’ll see how that game is interpreted in the betting markets once we get a clear indication on Mahomes.

We’re all hyper-sensitive to head and neck injuries, as we should be, but the bigger concern for me from a handicapping standpoint for this game is the foot injury for Patrick Mahomes. Whether it was a case of turf toe or something else, Mahomes was injured in the second quarter against the Browns and could not step into throws or be as mobile as usual.

He finished the game 21-of-30 for 255 yards with three scrambles for 14 yards. While the Browns had chances to win the game, the Chiefs still racked up 7.0 yards per play on the Browns defense. The Bills defense is a lot better than Cleveland’s, but Buffalo had all sorts of problems with the Chiefs offense in the first meeting.

Will it catch up to them at some point? Will this be the week with a hobbled Mahomes?

It could fall on the shoulders of the defense. All in all, the Chiefs defense played really well against the Browns. Last season the Chiefs defense was one of the best in the second half of the season. That wasn’t really the case this season. They finished 20th in yards per play. They had the worst red zone defense in the NFL.

Field position will play a big role here. The team that has the most success forcing the other team to drive the length of the field. Buffalo nearly fell victim to that in the Wild Card Round, as they started one drive outside of their own 25. They started six outside of there in the Divisional Round, but only managed a field goal and a touchdown on those drives. It was the Ravens who dealt with terrible field position.

I’ll lean with the Chiefs, but there is a lot to think about with this game.