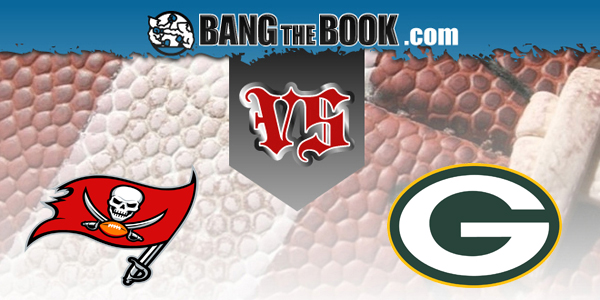 The road to the Super Bowl in Tampa Bay ironically runs through Green Bay. If the Buccaneers win, they will be the first team to play at home in the Super Bowl. Ever. The San Francisco 49ers and the Los Angeles Rams have played in Super Bowls close to home, but never in their home stadium.

The Buccaneers need to pull off a mild upset to make history and they’ll have to beat the odds-on NFL MVP Aaron Rodgers to do it. Green Bay is favored by four points at BetOnline Sportsbook with a total of 51 at time of writing on Tuesday morning. Offshore sportsbooks are split between 3.5 and 4 for the game. It is obviously in your best interest to shop around for the best line depending on the side you like.

We’ve got a lot to discuss about the NFC Championship Game on January 24, so let’s do that.

The Buccaneers got their revenge. Everybody who proselytized about how tough it is to beat a team three times in the same season was vindicated when the Buccaneers won 30-20 over the New Orleans saints. Tampa Bay was the benefactor of the worst game of the season from Drew Brees and one of his worst playoff games ever.

The Bucs were +4 in turnover margin and won 30-20 despite only racking up 4.6 yards per play. Tampa Bay had six red zone trips to just two for the Saints by virtue of those turnovers and scored 21 points off of those takeaways. The Bucs only had 316 yards and 20 first downs, but that was good enough to advance because they didn’t make nearly as many mistakes.

They’ll have to play better on offense in all likelihood in this one. If the rematch angle was a big part of your Bucs/Saints handicap, it might as well be one here, too. The Buccaneers crushed the Packers 38-10 earlier this season. Green Bay jumped out to a 10-0 lead and the Buccaneers scored 38 unanswered. An Aaron Rodgers pick six started the scoring. A two-yard Ronald Jones touchdown run following a near pick six gave Tampa Bay the lead. They never looked back.

Maybe the Buccaneers have just gotten hot at the right time. They’ve won six in a row since the bye. On the other hand, in two playoff games, Brady is 40-of-73 for 580 yards with four touchdowns and zero picks. He had some big plays against the Washington Football Team, but was mostly bottled up by the Saints. Brady hasn’t turned the ball over. The Bucs are +4 in TO margin in the two playoff games.

The Packers dominated a very good Los Angeles Rams team in their Divisional Round matchup. Green Bay had 6.7 yards per play against a group many considered to be the best defense in the NFL. Rodgers was efficient going 23-of-36 for 296 with a couple touchdowns and no sacks. The offensive line was thought to be a bit of a concern for Green Bay with the David Bakhtiari injury, but the Packers answered those worries.

It wasn’t just the Rodgers show. Far from it. Aaron Jones fell a yard short of 100, but the Packers rushed for 188 yards and 5.2 yards per carry on the Rams. Aaron Donald was less than 100% for the game with his rib cartilage injury, but Green Bay dominated the game in the trenches. Even on defense, where Jared Goff was sacked four times.

Rodgers spread the ball around to six receivers and got most of his key pass catchers involved. That will be important. One major key to Tampa Bay’s success against the Saints is that Michael Thomas was shut out. He had zero catches. Everybody talked about the Davante Adams vs. Jalen Ramsey matchup for the Packers/Rams game. Adams was held in check in the sense that he had 7.3 yards per reception, but caught nine of his 10 targets and had a touchdown.

Personally, I wouldn’t worry too much about the efficiency and effectiveness of the Packers offense. Those that may shy away from the Packers here are likely going to do so because of concerns about the defense. It was a commonly held belief that Goff wouldn’t beat the Packers in the cold and he couldn’t.

The Packers allowed 5.5 yards per play on the season. They were one of the worst teams in the NFL at generating pressure, but did manage 41 sacks somehow. They ranked 13th in adjusted net yards per pass attempt allowed. Green Bay was a top-10 red zone defense, which they may have to rely on here. They were also a better third down defense than the Buccaneers.

Certainly we have to consider the weather in this handicap. As the forecast gets clearer and the game gets nearer, that could have an impact on the total and also the side action. We’ve seen some speculatory money on the under at some places to bump the line down to 50.5 with early forecasts showing some windy conditions.

A lot of people will cite that Buccaneers vs. Packers game from Week 6, which was a major outlier all around. It was an uncharacteristically bad game for Rodgers and enough of an outlier with 3.3 yards per play for a top Green Bay offense to skew some of the advanced metrics for the Tampa Bay defense.

I’m on the Packers here. If you can get -3.5 instead of -4, that’s great. Shop around for the best line. Green Bay is the better all-around team.