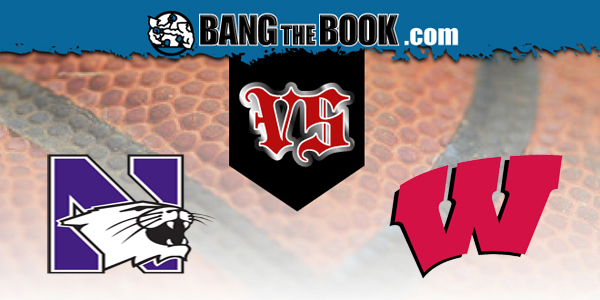 The Northwestern Wildcats have only played twelve games, but it seems as if they have played two different seasons. In one of those seasons, they came up big against three pretty good basketball programs in the Big Ten. In the other season, they seem to have been unable to stop the opposition from scoring, with five consecutive non-competitive results.

So which team will show up for Chris Collins as it takes on the Wisconsin Badgers?

BetAnySports customers are certainly curious about that. This game starts at 9 p.m. Eastern time in Madison and will be televised by the Big Ten Network. Remember that reduced juice and Sports Betting Prime are available on this particular game, and all major college basketball action.

With victories over Michigan State, Indiana and Ohio State, Northwestern was looking pretty good. And they do have some fundamentals to draw upon which might not have made that much of a surprise. After all, they turn the ball over on only 14% of their possessions, which ranks them sixth in the nation in that category. And they hit a very respectable 36.3% from beyond the three-point arc.

But as has been mentioned by some reporters around the Windy City, Northwestern does not necessarily have an identity. They don’t necessarily play a slow, deliberate pace that might upset the rhythm of a better team, and when they try to do a little more up-tempo, the teams that are very good at it can swallow them up.

They’ve now lost these five consecutive games, by an average of 18.4 points, and they have allowed 86 points per contest over that span. When you are doing that and not defending the perimeter – as they have allowed 54 triples in those five games – you are just not going to win on many occasions.

Can any of that change against a Wisconsin team that has been in a mini-shooting slump? Well, oddsmakers seem to think that the Badgers have quite an edge, as you’ll see from these numbers from BetAnySports:

Their problem against Wisconsin is going to be that the Badgers really DO have an identity. They are very deliberate in handling the basketball, and in fact they are second best in that turnover percentage category. Greg Gard’s team may not do a whole lot muscling opponents on the inside, but they are pretty accurate from long range, hitting 39.1% of their triples. Even big men like Nate Reuvers and Micah Potter can go outside and make shots.

And of course, like most Wisconsin teams, they can defend. That goes especially for action inside of the arc, where they have allowed just 43.1% shooting. All told, Wisconsin is 5th in the nation in the metric of adjusted defensive efficiency, according to the folks at KenPom.

And maybe, just maybe, Wisconsin is looking for a little redemption on the offensive end. Remember that this is a team ranked 10th in the country, but they were just completely slapped around by Michigan last week, making just 30.8% of their field goal attempts in a 77 – 54 embarrassment. Coming back from that, they shot only 35% and scored only 60 points against Rutgers. But we know they’ve got something better in them.

And we are thinking that Northwestern does not necessarily have the defensive chops to shut them down. Neither one of these teams is really good when it comes to offensive rebounding; in fact, they both reside outside of the top 270 teams in the country. That means there will be more of a premium on accuracy, and we are going to give the edge to the Badgers in that regard.

Unless the Wildcats are going to kill them with tempo, something that they themselves have been killed with lately, we have to side with Wisconsin in this BIg Ten battle.

BetAnySports will give you all the value that you need as you pursue your wagering on college hoops, including reduced juice for a special break on the odds, and great payoffs on your exotic bets….. They make it easy to open up an account as well, as you can use your debit card, credit card, person-to-person transfers or the virtual currency of Bitcoin, which is very easy to do with their automated system!