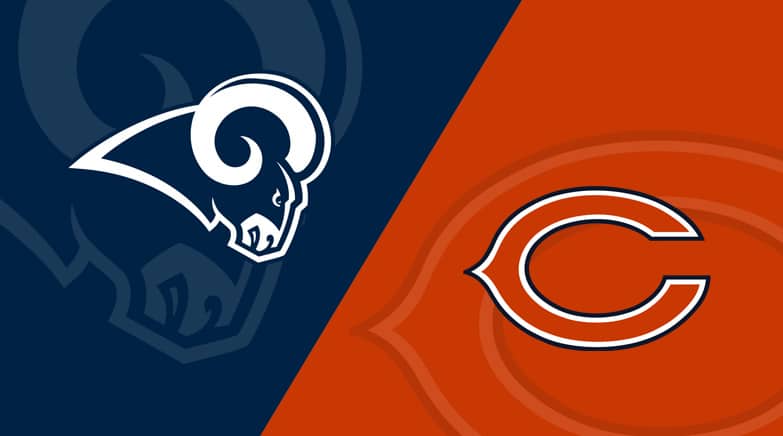 The first Sunday Night Football of the 2021 NFL season brings the NFC showdown from SoFi Stadium in Inglewood, California, so here’s the best Chicago Bears vs. LA Rams betting pick along with the latest odds and betting trends.

The Rams are firm 7.5-point favorites on MyBookie Sportsbook, while the totals are listed at 46.5 points. These two foes met in 2020, and Los Angeles defeated Chicago 24-10 as 6.5-point home favorites with a total of 44.0 points.

The Bears start Andy Dalton, but Justin Fields will take over eventually

The Chicago Bears will go with Andy Dalton under center in Week 1. It’s a proper test for the 33-year-old signal-caller, but also for the Chicago Bears’ offensive line that will have to deal with one of the best defensive units in football.

Chicago will need a lot from its defense once more in order to reach the playoffs in 2021. The Bears were yielding 23.1 points per game this past regular season (14th) on 344.9 total yards (11th). They will look to improve those numbers, as the Bears have a solid defensive core, at least on paper.

The Rams aim for the Super Bowl

The Los Angeles Rams have a new face under center, too, and the Chicago Bears are pretty familiar with Matthew Stafford, who spent 12 years with the Detroit Lions. Stafford is 11-9 SU against the Bears in his career, and the Rams hope he’s a missing puzzle in their loaded offensive unit.

Aaron Donald is arguably the most dominant defensive player in football. He had 13.5 sacks and 14 tackles for loss in 2021. Leonard Floyd, who joined the Rams from Chicago in 2020, was terrific last year, too, posting 10.5 sacks and 11 TFL.

The Rams’ D should be among the best in the NFL once more. Matthew Stafford will need some time to settle down, but the Rams’ offense still looks more dangerous than the Bears’ offense with Andy Dalton under center.

The Rams should shut down the Bears and send the message to the other rivals in the NFC. On the other side, the Bears can win this clash only if they put on a strong defensive performance and force a few turnovers. Hereof, take the under on the totals.