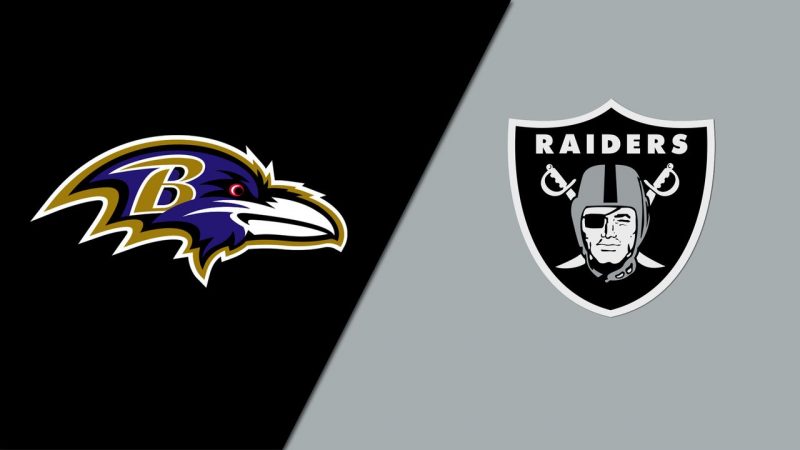 Week 1 of the 2021 NFL season will close down with the AFC showdown from Allegiant Stadium in Las Vegas, so here’s the best Monday Night Football betting pick, as the Baltimore Ravens take on the Las Vegas Raiders.

Baltimore opened as a 6.5-point favorite, but after some serious injuries among the Ravens, that moved to four points. The bookies still believe the visitors are a better team in this matchup, while the totals sit at 50.0 points on Bookmaker Sportsbook.

After J.K. Dobbins tore his ACL in the final preseason game, both Gus Edwards and Marcus Peters suffered season-ending injuries in practice, so the Baltimore Ravens will be quite shorthanded in 2021. The third-string RB Justice Hill is sidelined, too, leaving the undrafted rookie Ty’Son Williams to lead the Ravens’ backfield.

Latavius Murray will get some snaps as well, but the Ravens will certainly have to lean on Lamar Jackson a lot. Their ground game was the team’s trademark in the last few years, so it’s going to be interesting to see what’s the Ravens’ plan B.

The Raiders hope for another strong start

The Raiders have emerged victorious in their previous two openers and will try to extend their streak in 2021. Last season, Las Vegas beat Carolina on the road in Week 1, but the Raiders missed the postseason despite winning six of their first nine games.

Las Vegas struggled mightily on the defensive end in 2020, allowing 29.9 points per game (30th in the NFL) on 389.1 total yards (25th). Also, the Raiders recorded a paltry 21 sacks (29th) while allowing their opponents to convert 48.8 percent of their 3rd downs (30th). Gus Bradley is the Raiders’ new defensive coordinator, as Jon Gruden desperately needs more from its defensive unit.

On the other side of the ball, the Raiders will continue to rely on QB Derek Carr, RB Josh Jacobs, and TE Darren Waller. Carr tossed for 4103 yards and 27 touchdowns in 2020, while Waller was a monster, posting 107 receptions for 1196 yards and nine touchdowns. Jacobs ran for 1065 yards and 12 scores, so the Raiders have some deadly weapons on their offense.

The Ravens are a mystery, considering their injury problems. Nobody knows how their ground game is going to work without Dobbins and Edwards. On the other side, there’s a big question mark over the Raiders’ D, while their offense will have a tall task against the Ravens. Marcus Peters’ absence is a huge blow, but Baltimore has a lot of playmakers on defense.

This should be a tight clash, so with four points on the table, I’m backing the Raiders to cover. They’ll have strong support from the stands which could be an X-factor down the stretch. I don’t think the Ravens are capable of winning this game comfortably.

The over is 5-0 in the last five meetings between the Ravens and Raiders. Also, the Raiders’ last five contests went in the over. On the other hand, the under is 4-1 in Baltimore’s last five games overall, and it is 6-1 in the Ravens’ previous seven showings on the road.

The totals look like a tricky wager. I’ll go with the over, as the Raiders probably still have to gel things on the defensive end, while their offense should be able to surpass a 20-point mark at home.