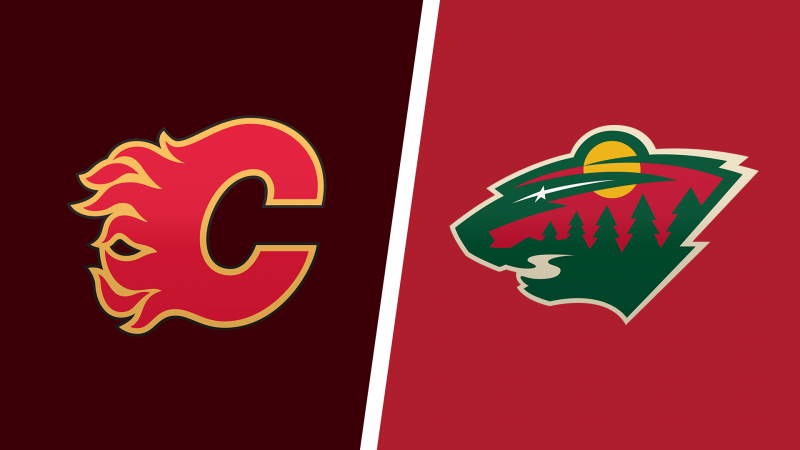 The 2021-22 NHL season continues Tuesday, March 1, with the marquee Western Conference showdown from Xcel Energy Center in Saint Paul, Minnesota, so we have prepared the best Flames vs. Wild betting pick and odds.

Calgary faces off against Minnesota for the second time this season. Just a couple of days ago, the Flames trounced the Wild 7-3 as -160 home favorites. Minnesota is a small home fave this time around, while the totals sit at 6.0 goals on BetOnline Sportsbook.

The Flames bounced back from a heavy road loss

The Calgary Flames (31-14-6) put an end to their ten-game winning streak last Thursday, suffering a heavy 7-1 defeat at the Vancouver Canucks. After a goalless first period, the Flames allowed a whopping five goals in the second, while Andrew Mangiapane scored a consolation goal for Calgary late in the third.

The Flames returned to winning ways with that 7-3 thrashing of the Wild. It was their 11th consecutive victory on home ice. Matthew Tkachuk and Tyler Toffoli accounted for a pair of goals each, while Jacob Markstrom posted 22 saves.

The Wild are in crisis

The Minnesota Wild (31-16-3) have dropped five of their previous six games overall. Their defense has been awful during that six-game stretch, surrendering 29 goals in the process. Minnesota is now tied with Los Angeles for the No. 4 seed in the West, only four points ahead of the No. 9 seed.

The Wild closed down their four-game road trip with that heavy loss at the Flames. Minnesota took an early lead at Scotiabank Saddledome, but the Wild then surrendered five unanswered goals by the end of the second period.

I’m expecting Minnesota to get revenge for a heavy loss in Calgary and return to the right track in front of the home fans. The Wild have lost five of their last six games, but four of those five losses have come on the road.

Minnesota has been a dominant force at Xcel Energy Center so far this season. The Wild are 6-1 in their last seven home contests and 14-4 over their previous 18 showings at Saint Paul. On the other side, the Flames have won 11 of their last 12 games overall, but they are only 3-6 in the past nine road contests. Calgary is one of the best defensive teams in the league, but Minnesota certainly has enough firepower to deal with the Flames at home.

The Flames and Wild combined for ten goals just two days ago. Six of Calgary’s last eight contests have produced seven or more goals in total, while six of Minnesota’s previous seven contests have seen more than six goals on the scoreboard.

Hereof, I have to ride the betting trends and take the over. The Wild cannot rely on their defense to make the difference, but their offense is certainly capable of scoring a bunch of goals against any team in the league. Minnesota has accounted for 31 goals over its last six home games.