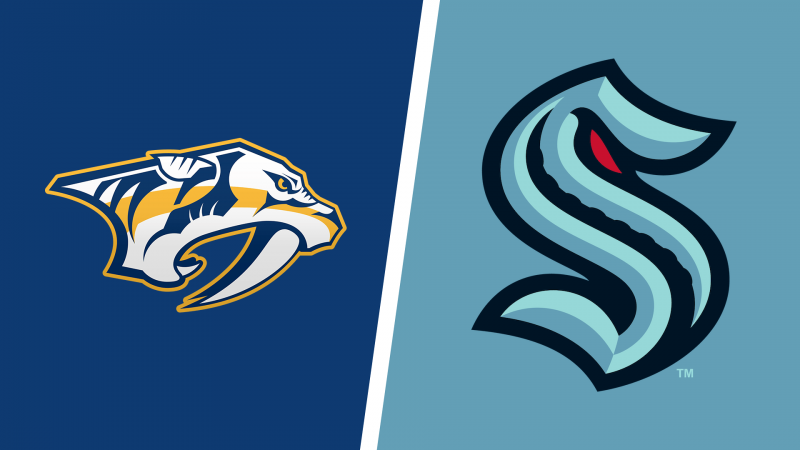 The NHL betting action continues with a four-game Wednesday card, so we are taking a closer look at the Western Conference clash from Climate Pledge Arena in Seattle to get you the best Predators vs. Kraken betting pick and odds.

After splitting their first two encounters of the season, Nashville and Seattle will close down their three-game series. The Predators are firm favorites to grab a win, while the totals are listed at 5.5 goals on MyBookie Sportsbook.

Nashville lost the outdoor battle, look to bounce back

The Nashville Predators (30-19-4) are coming off a 3-2 loss to the Tampa Bay Lightning in the outdoor battle at Nissan Stadium in Nashville this past Saturday. After a couple of straight wins over Florida 6-4 and Dallas 2-1, the Predators return to losing ways, recording the fifth defeat in their last seven outings at any location.

Nashville netted a pair of power-play goals against the reigning champs, but the Predators allowed a couple in a return as well. Juuse Saros had a solid game and posted 30 saves. He fell to 25-16-3 on the season, carrying a 2.46 GAA and .923 save percentage.

Saros is expected to get another starting call Wednesday in Seattle. The Predators yield 2.81 goals per game (tied-11th in the NHL), and Saros has been one of their best players so far this season. On the other side of the ice, Nashville tallies 3.04 goals per contest (15th) on a 10.4 shooting percentage (9th).

The Kraken are winless in seven straight outings

The Seattle Kraken (16-34-5) are coming off a 3-1 defeat at the San Jose Sharks this past Sunday. It was their seventh loss in a row, as the newcomers continue to struggle on both sides of the ice. Seattle sits bottom of the Pacific Division and will certainly miss the postseason.

The Kraken outshot the Sharks 40-24, but it wasn’t enough, as James Reimer had a tremendous night between the pipes. Center Morgan Geekie found the back of the net for Seattle, while Philipp Grubauer allowed three goals on 24 shots.

The Predators have a lot on the table in this game. They are No. 6 seed in the Western Conference, only three points ahead of the No. 9 seed, so the Predators cannot afford to lose points in a matchup with the second-worst team in their conference.

The Kraken, on the other side, will certainly try their best to break out of their slump. Hereof, I’m expecting to see a tight contest, but going with the visitors to win seems like a logical move. Juuse Saros has been excellent for most of the season, while the Predators own the eighth-best power-play percentage in the league (23.9%). Seattle’s special teams have been pretty much awful thus far.

I’m backing the under because of Seattle’s poor offensive form, but the totals are a tricky wager in this matchup, especially with a 5.5-goal line. The Kraken has scored more than a couple of goals only once in their last seven outings, but the over has hit in six of their previous nine games overall.

On the other side, five of Nashville’s last eight tilts have gone over the total. Juuse Saros will be a key factor in this game, and if he puts on a strong performance, the Kraken’s offense will be in trouble.