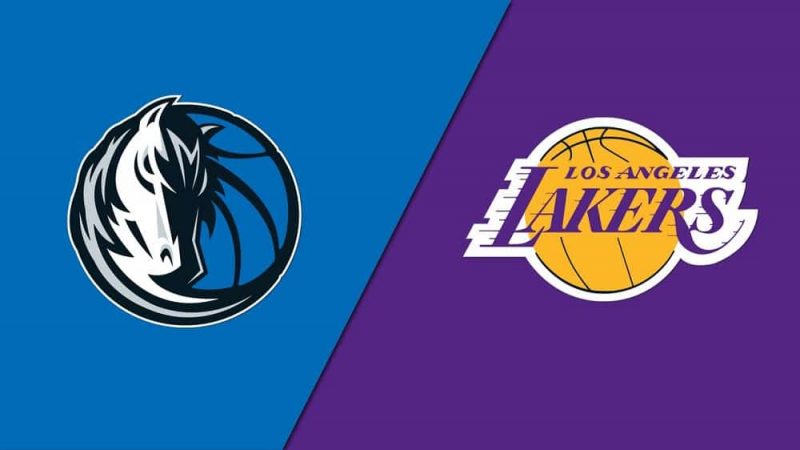 The NBA betting action continues with the Western Conference showdown at Crypto.com Arena in Los Angeles on the first day of March, so we have prepared the best Mavericks vs. Lakers betting pick and odds.

According to MyBookie Sportsbook, the Mavs are 5-point road favorites with a total of 216.0 points. They meet the Lakers for the second time this season, and Los Angeles outlasted Dallas 107-104 as a 3.5-point road fave back in December.

The Mavericks upset the Warriors, erased a 19-point deficit

The Dallas Mavericks (36-25; 34-26-1 ATS) upset the odds this past Sunday, outlasting the Golden State Warriors 107-101 as four-point road underdogs. They trailed the Dubs by a massive 19 points with just ten minutes left on the clock, pulling off one of the biggest comebacks in 2021-22.

The Mavs outscored Golden State 33-13 in the fourth quarter. Luka Doncic finished the game with 34 points, 11 rebounds, a couple of assists, and nine turnovers, while Spencer Dinwiddie had 24 points and five assists in 31 minutes off the bench.

Dinwiddie is slowly becoming a key guy for the Mavericks’ second unit, while Doncic continues to torture his opponents. Dallas has won eight of its previous nine games overall (7-2 ATS), and Doncic has averaged 34.1 points, 10.8 rebounds, and 8.7 assists through that span.

The Lakers just got embarrassed by the Pels

The Los Angeles Lakers fell to 27-33 straight up and 26-34 ATS on the season following a heavy 123-95 defeat to the New Orleans Pelicans this past Sunday. Playing as small 2.5-point home favorites, the Lakers recorded their second consecutive loss and fifth in their previous six games overall.

Los Angeles surrendered 44 points in the third quarter. On the offensive side of things, the Lakers were awful, turning the ball over 23 times and shooting 41.7% from the field and 20.6% from beyond the 3-point line.

LeBron James led the charge for the Lakers with 32 points on 13-for-23 shooting from the field. He also had six rebounds, three assists, and a couple of steals and blocks, but his teammates didn’t help a lot. Russell Westbrook had another poor shooting night, making five of his 15 attempts from the field, while Carmelo Anthony scored 13 points off the bench.

It’s tough to back the Lakers at the moment. They are without Anthony Davis (ankle) whose absence is a massive blow on both sides of the ball. On the other side, the Mavericks are one of the hottest teams in the league. Luka Doncic looks unstoppable, so I have to take the visitors to win and cover.

It won’t be an easy task for the Mavs, for sure. They could be a bit tired following a big win at Golden State, but the Mavericks should lean on their defense to make the difference in the Lakers matchup. Dallas has allowed only 108.1 points per 100 possessions in its last eight contests.

The Lakers have surpassed a 106-point line only once in their last five outings. They’ve made just 32.1% of their 3-pointers in that span (25th in the league). The Lakers prefer to play at a fast pace, averaging 100.1 possessions per 48 minutes (4th), but their offensive execution is a big issue.

On the other side, the Mavericks play at the slowest pace in the NBA, averaging 95.5 possessions per 48 minutes. They own the fifth-best defensive rating in the league, surrendering 107.7 points per 100 possessions, so give me the under on the totals. Eight of the last 12 meetings between the Mavericks and Lakers have gone under the total.