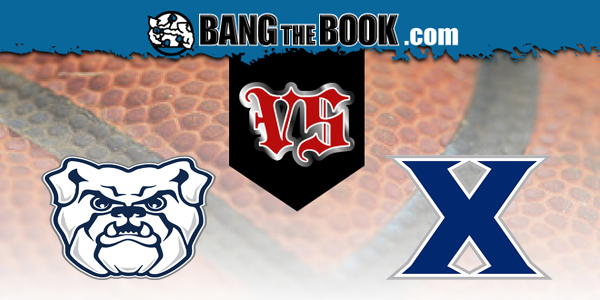 We were on track for a winner in college basketball on Saturday night with 76 points at halftime of Virginia vs. Duke, but the second half plodded along and with limited fouling because of the close score, the over fell one point short. A couple of tough losses by a point and a half-point this week have us 3-3 going into the swing day on Sunday.

Late options are few and far between, but we’ll have to pick one of the games and the one that makes the cut is Butler at Xavier in the Big East. Xavier is -8.5 with a total of 134 at BetOnline Sportsbook for this Sunday evening affair on the Cintas Center floor in Cincinnati.

Butler looks like a team just trying to survive until the one-shot deal that is the Big East Conference Tournament. This is not a good Butler team and we’ve seen that play out a lot lately. The Bulldogs have fallen short of 70 points in regulation in ever game since December 23. That is a span of 14 games. We know that Butler plays at a slow pace but LaVall Jordan’s team just isn’t gifted offensively.

Butler shoots 33.7% from three, which is decent, but only 45.7% from two-point land. That ranks 302nd in the nation. The Bulldogs are also at 62.7% from the free throw line, which ranks 332nd nationally. Their 319th-ranked adjusted tempo makes this Butler team one of the slowest in the nation and they’re trying to win by drawing out the game to limit the number of possessions, but it’s just not working.

In 16 conference games, Butler ranks 10th in adjusted offensive efficiency and also 10th in eFG%. About the only thing that the Bulldogs have done well in Big East play is rebound on the defensive side. They’re 10th in eFG% and 2P%. There are only 11 teams in the Big East. Only St. John’s is worse defensively, but the Red Storm make up for that on the offensive side. Only DePaul is worse offensively, but as bad as the Blue Demons are there, they are a decent defensive team. Except for when they’ve played Butler.

Butler has lost five of seven in conference action and got blown out at home on Wednesday by a Marquette team that was floundering. Given the 13-point loss to Xavier in the first meeting, a game that was played to just 64 possessions, can we expect any different here?

This looks like a sizable number for Xavier to cover with how they’ve played recently. The Musketeers allowed 1.142 and 1.207 points per possession to UConn and St. John’s in a couple of losses. St. John’s exacted revenge from the first game, which was a 69-61 loss back on January 6.

In fairness, Xavier has had two extended breaks recently. The Musketeers went from January 10 to January 30 without playing, when they beat Butler by 13, and then went from that day until February 13 without a game. They lost at home to UConn and then lost that road game at St. John’s. Xavier took 40 three-pointers in that loss to the Johnnies. Grading Xavier in conference action is tough because of those two long breaks. They only have eight data points in league play compared to the 16 that the Bulldogs have. Xavier has taken great care of the basketball, but has struggled at the free throw line and is only shooting 32.2% on three-point efforts.

Will Xavier look crisper in this game now playing three times in eight days? This feels more like the routine for college basketball than what they’ve had to contend with in previous weeks. Travis Steele’s squad is fifth in Near Proximity Field Goal Percentage against an average opponent per Haslametrics, but the Musketeers have settled for a lot of three-point attempts and way too many mid-range shots this season. They are sixth in Mid-Range Attempt Percentage. Those are generally low-percentage shots.

Butler defends the three-point line better than the two-point line. In the first meeting, Xavier was 10-of-20 from three and 16-of-31 from two. The game still fell on 123 points, playing to just 64 possessions with Xavier off the layoff. I don’t really see Butler upping the pace here. Jordan knows his offense can’t really compete with teams if they want to run.

I think Xavier will try to make Butler uncomfortable here and press the tempo a little bit more. The Bulldogs could be in fouling range here if this is close. While Xavier as a team isn’t good, Paul Scruggs is 82% and Nate Johnson is 80%, so those would be the two guys taking them late.

Xavier looks like an uncomfortable favorite here, but with a little more rhythm and some actual practice time this week, I’ll lay the number.

SIGN UP AT BETONLINE SPORTSBOOK AND GET A SPECIAL DEPOSIT BONUS