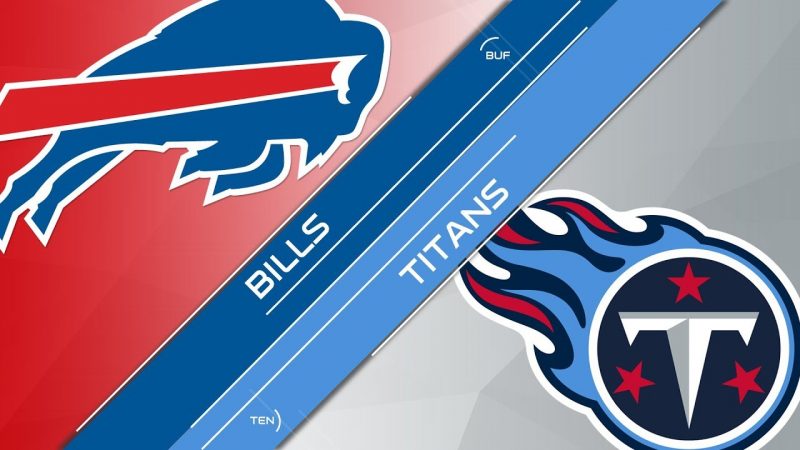 Week 6 of the 2021 NFL season wraps up with the AFC showdown on Monday Night Football, so we bring you the best Bills vs. Titans betting pick and odds, as Buffalo faces off against Tennessee at Nissan Stadium in Nashville.

The Bills meet the Titans for the fourth straight season. Buffalo has won two of those three encounters, but Tennessee smashed the Bills 42-16 as 3-point home dogs in 2020. The Titans are 5.5-point underdogs on MyBookie Sportsbook this time around, while the Bills are -245 moneyline road favorites with a total of 53.5 points.

The Buffalo Bills (4-1; 4-1 ATS) are riding a four-game winning streak following a 38-20 thrashing of the Kansas City Chiefs in Week 5. They trounced the two-time defending AFC champions as 3-point road underdogs, forcing four turnovers and racking up 436 total yards while yielding 392 in a return.

Josh Allen outplayed Patrick Mahomes and finished with 15-of-26 for 315 yards and three touchdowns. He also had 11 carries for 59 yards and a TD. Wideout Emmanuel Sanders caught three passes for 54 yards and a couple of scores, while TE Dawson Knox added three receptions for 117 yards and a TD.

Tennessee smashed the Jags to get back on the winning track

After a surprising 27-24 overtime loss at the New York Jets in Week 4, the Tennessee Titans (3-2; 3-2 ATS) regrouped and easily outlasted the Jacksonville Jaguars this past Sunday, 37-19. The Titans covered as 4-point road favorites, playing without Julio Jones (hamstring), who returned to practice on Wednesday and is listed as questionable for Week 6 MNF.

Derrick Henry tortured the Jags in Week 5, tallying 29 carries for 130 yards and three touchdowns. Ruan Tannehill completed 14 of his 22 passing attempts for 197 yards and a TD, while A.J. Brown had three receptions for 38 yards.

I don’t feel comfortable with a 5.5-point spread but have to back the Bills, who have been outstanding since an upsetting home loss to Pittsburgh in their opening clash of the season. Simply put, Buffalo is a more well-rounded team than Tennessee, though the Titans’ offense might get Julio Jones back which would be a huge boost for their confidence.

Anyway, the Bills have one of the best defensive units in the league while their ground game has improved a lot compared to the previous season. On the other side, the Titans have some serious defensive problems, and the Bills should be fired up to make amends for the last season’s fiasco at Nissan Stadium.

Although the under has hit in three of the last four encounters between the Bills and Titans, I’m backing the over this Monday Night Football. The Titans’ defense hasn’t impressed at all so far this season, allowing 27 points to the hapless New York Jets and 19 to the Jacksonville Jaguars over the last couple of weeks.

The over is 14-5-1 in Tennessee’s last 20 games overall, and the Titans certainly possess enough firepower to score a few touchdowns against the Bills’ stout D.