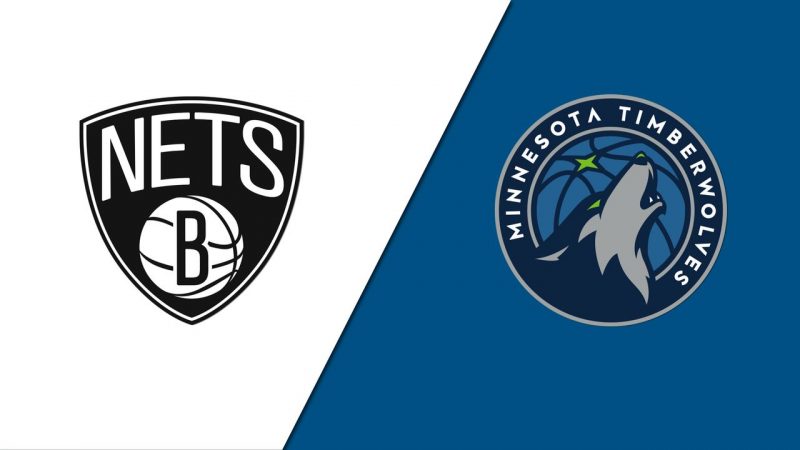 Week 14 of the 2021-22 NBA season wraps up Sunday, January 23, with 11 games around the Association, so we have prepared the best Nets vs. Timberwolves betting pick along with the latest odds update on Bookmaker Sportsbook.

Brooklyn and Minnesota close down their two-game regular-season series. Back in December, the Nets outlasted the Timberwolves 110-105 as 9-point home favorites to record their third consecutive victory over Minnesota.

The Nets shoot for their third consecutive W

The Brooklyn Nets improved to 29-16 straight up and 18-26-1 ATS on the season following a 117-102 victory at the San Antonio Spurs this past Friday. It was their second win on the spin, while James Harden put on a show with a 37-point, 10-rebound, 11-assist triple-double.

The Nets desperately needed somebody to step up in Kevin Durant’s absence. KD is sidelined with a knee injury and won’t be available for the next four weeks. Harden shot 13-for-24 from the field, while Kyrie Irving accounted for 24 points and four assists.

Brooklyn is topping the Eastern Conference at the moment, half a game ahead of the Chicago Bulls and Miami Heat. The Nets are scoring 112.3 points per 100 possessions (7th in the NBA) on 47.3% shooting from the field (tied-3rd) and 35.0% from beyond the arc (tied-15th).

The T-Wolves hope to get back on the winning track

The Minnesota Timberwolves fell to 22-23 straight up and 23-22 ATS on the season following a 134-122 defeat at the Atlanta Hawks this past Wednesday. After a couple of nice wins over Golden State 119-99 and New York 112-110, the T-Wolves fell apart on the defensive end, blowing a 12-point lead from halftime.

Minnesota allowed the Hawks to score a whopping 45 points in the third quarter. Atlanta shot 52.3% from the field, while the Timberwolves made only 43.3% of their field goals. D’Angelo Russell led the charge for Minnesota, tallying 31 points on 10-for-18 shooting from the field, but his team simply ran out of gas on the second day of a back-to-back set.

Both Brooklyn and Minnesota have been pretty much hit-or-miss lately. The Timberwolves are 6-4 SU and 5-5 ATS over their last ten games, while the Nets are 5-4 SU and 4-5 ATS over their previous nine. Hereof, I lean the hosts only because of KD’s absence. The T-Wolves had three days to rest and prepare for this game, while Patrick Beverley is their only guy listed as questionable to play.

The over is 6-1 in the Timberwolves’ last seven games overall, while the under is 4-3 in the Nets’ last seven. Their previous three encounters have gone under the total, so I’ll follow the H2H betting trend.

The line is sky-high at 239 points. Minnesota loves to play at a fast pace, but Brooklyn has to slow things down. Without Kevin Durant, the Nets also need aggressive defense, while none of their last five games has produced more than 239 points in total.