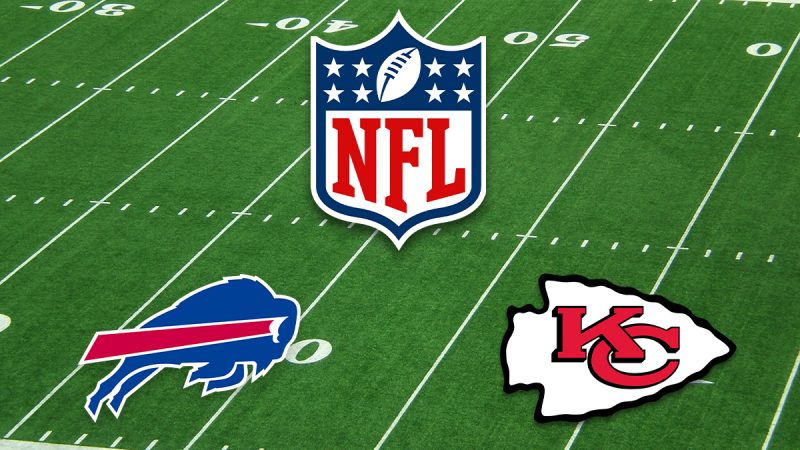 The 2022 NFL Divisional Playoffs close down Sunday, January 23, with the AFC showdown at GEHA Field at Arrowhead Stadium in Kansas City, Missouri, so we bring you the best Bills vs. Chiefs betting pick and odds.

Buffalo and Kansas City met each other twice in 2021. The Chiefs beat the Bills 38-24 as 3-point home favorites in the 2021 AFC Championship Game, while Buffalo trounced Kansas City 38-20 as a 3-point road dog in Week 5 of the 2021 regular season. Kansas City is a small 2.5-point home fave this time around, while the totals sit at 53.5 points on BetOnline Sportsbook.

The Bills humiliated New England in the wild-card round

The Buffalo Bills (12-6; 10-6-2 ATS) dismantled the New England Patriots 47-17 this past Saturday, dropping 27 first-half points on their divisional rivals. The Bills showed who rules the AFC East, while Josh Allen set a franchise record with five touchdown passes.

We saw one of the best offensive displays in recent history. The Bills scored a TD on each of their seven possessions that didn’t end with a kneel-down, becoming the first team in the Super Bowl era with such a feat.

Allen went 21-of-25 for 308 yards and five scores. He also had six carries for 66 yards, while Devin Singletary added 16 totes for 81 yards and a couple of scores. Nine different players accounted for at least a catch, and TE Dawson Knox led the charge with five receptions for 89 yards and two touchdowns.

The Bills’ defense picked off Mac Jones twice and yielded only a field goal in the first half. Back in the regular season, Buffalo was allowing just 17.0 points per game (1st in the NFL) on 163.0 passing yards (also 1st) and 109.8 rushing yards (tied-13th).

The Chiefs easily outlasted Pittsburgh in their wild-card clash

The Kansas City Chiefs (13-5; 9-9 ATS) had an easy job in the wild-card round, trouncing the hapless Pittsburgh Steelers 42-21 as 11.5-point home favorites. The Chiefs held their rivals to only 257 all-purpose yards and easily overcame Pittsburgh’s surprising lead.

T.J. Watt scored a 26-yard fumble return only to see the Chiefs tallying three straight touchdowns in the final six minutes of the first half. Patrick Mahomes finished the game with 404 yards, five touchdowns, and an interception, while the Chiefs ran 22 times for 106 yards.

The 29-year-old RB Jerick McKinnon had a big night against the Steelers. He posted six receptions for 81 yards and a TD, adding 12 carries for 61 yards. Travis Kelce added five catches for 108 yards and a TD, while Byron Pringle scored twice on five receptions, including Kelce’s TD pass in the fourth quarter.

The Chiefs have allowed more than 20 points in three straight outings, but their defense has been outstanding in the second half of the season. Kansas City owned the eighth-best scoring defense in the league last regular season (21.4 PPG).

We have seen a couple of lopsided scores in the last two meetings between the Bills and Chiefs. Sunday’s clash should be the complete opposite, as both teams have played very well lately. The Bills will be fired up to get revenge for the last season’s loss in the AFC championship game, while the Chiefs will enjoy great support from the stands in another quest for the Super Bowl appearance.

I’m expecting a dramatic finish, so with 2.5 points on the table, I would buy a point and go with the underdogs to cover. The Bills are 6-2 ATS in their last eight showings as dogs. Josh Allen looks ready to lead his team to greatness, while the Bills should have enough defensive firepower to deal with the Chiefs’ loaded offense. I think Buffalo will keep it really close down the stretch.

Interestingly, the total has gone over in the Bills’ last eight showings as underdogs, including that 38-20 victory at Arrowhead Stadium. On the other side, the over is 6-0 in the Chiefs’ previous six outings as favorites.

It’s tough to go against those betting trends, but given the way the Bills and Chiefs have played on the defensive end lately, I wouldn’t be surprised if they combine for less than 54 points. The totals are a tricky wager. There’s no easy money in the divisional round, and I would rather go with the visitors to cover while teasing the Bills is another interesting option.