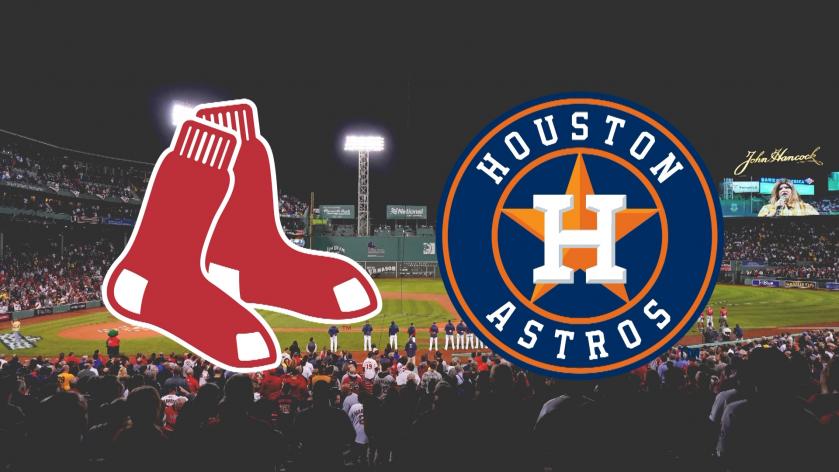 The 2021 American League Championship Series continues Friday, October 22, with Game 6 at Minute Maid Park in Houston, so we have prepared the best Red Sox vs. Astros betting pick and odds. The Astros have a 3-2 lead after winning the previous two contests at Fenway Park in Boston.

Game 6 is listed as a pick ’em, according to Bookmaker Sportsbook, while the totals are set at 8.5 runs. The Astros won their regular-season series over the Red Sox, 5-2, and four of those seven contests went in the under.

The Sawx desperately need more from their pitching staff

After splitting the first two games of this series, the Boston Red Sox returned to Fenway Park with high hopes and trounced the Astros 12-3 in Game 3. However, their pitching staff fell apart in Game 4, as Nathan Eovaldi and Martin Perez combined for six earned runs allowed in the top of the ninth.

The pitching woes continued last Wednesday when the Sawx suffered a 9-1 loss in Game 5. They allowed 11 hits and six free passes, while Boston’s offense had a really bad day in the office and recorded only three hits and a walk.

Nathan Eovaldi is expected to take the mound Friday, although he threw 24 pitches in relief in Game 4 and yielded four earned runs on a couple of hits and walks. The 31-year-old righty earned a win in Game 2 at Minute Maid Park (Boston beat Houston 9-5), tossing 5.1 frames of a three-run ball and striking out three.

Eovaldi met the Astros once this past regular season and took a loss in an 8-3 defeat at home, allowing five earned runs on 11 hits and three walks across 5.2 frames of work. He’s tossed 16.1 innings so far this postseason (three starts and one relief app), registering a 5.51 ERA and 2.93 FIP.

The Astros hope to stay hot and finish the job

The Houston Astros have had some pitching woes as well, but Framber Valdez has delivered when it mattered the most. The 27-year-old lefty threw eight innings of a one-run ball in Game 5, allowing only three hits and a walk while punching out five.

The Astros’ pitching staff has recorded a pedestrian 5.01 ERA so far this postseason. Their bullpen has compiled a solid 3.66 ERA, 1.22 WHIP, and a .238 batting average against. On the other side of the ball, the Astros have scored 62 runs across nine games while slashing .272/.340/.439 throughout this series.

Luis Garcia will toe the rubber Friday, and he’s been awful over his last two starts. The 24-year-old righty got a no-decision in a 12-6 loss at the Chicago White Sox in Game 3 of the ALDS, allowing five earned runs across 2.2 innings. He took a loss in that 9-5 defeat to the Red Sox, surrendering five earned runs once more while getting just three outs.

Back in the regular season, Garcia met the Red Sox once and earned a win in a 5-1 home victory, throwing seven innings of a one-run ball and striking out six.

The Red Sox have recorded a .237/.328/.491 triple-slash over the previous five games. They certainly stand a chance of forcing Game 7, especially if their offense bounces back from a lousy performance in Game 5.

I don’t trust either starting pitcher in this matchup that could easily go either way. The Astros certainly have momentum on their side, so I’ll go with the hosts, though betting on the over seems like the most tempting option.

Interestingly, the over has hit in the last seven encounters between the Red Sox and Astros, and each one has produced nine or more runs in total. I would ride this betting trend, considering how bad their pitchers have been over the last seven days.

Also, these are the two hottest offenses in the 2021 MLB Playoffs. They’ve combined for 31 extra-base hits and 34 home runs, and the Red Sox have smacked a whopping 22 dingers through ten outings.