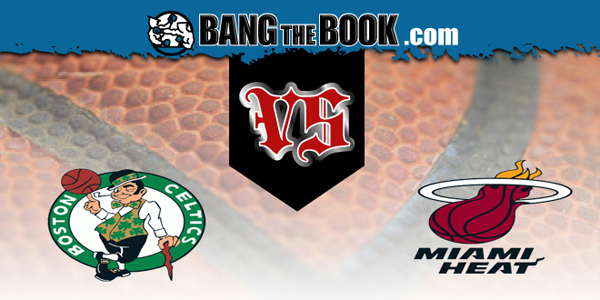 The Heat have a 2-1 lead, as the teams return to the floor following a three-day rest. The Celtics cut the deficit this past Saturday and will be keen to remain on the winning path, so Wednesday’s showdown in the NBA bubble will be super exciting to watch.

We bring you all the tips and trends for Game 4 between the Celtics and Heat along with the latest odds update and our top betting pick, so let’s take a closer look.

The Celtics are 3-point favorites on BetDSI. You can take them at -155 moneyline odds, too, while the Heat are +135 dogs to win straight up. The totals are set at 210.5 points on BetOnline.

The Heat are coming in full strength, while the Celtics will only miss Vincent Poirier, who’s been out of the bubble (and the Celtics’ rotation) for a while.

This is a huge game for both clubs. After this one, we can either have a tied series, or the Heat will be a step away from the NBA Finals.

The Celtics were down 2-0 after blowing a double-digit lead in each of the first two games of the series. They bounced back in Game 3 and comfortably defeated Miami 117-106, so the Celtics’ morale is at a much better place right now than it was a few days ago.

The Heat, on the other side, suffered their second loss this postseason. They’ve been playing very well lately and shouldn’t be shaken too much.

The Celtics were furious following a 106-101 defeat in Game 2. They had a brawl in the locker room, too, but it was obviously a positive one, as the Celtics put on a strong performance in Game 3.

Boston never trailed last Saturday while leading by as many as 20 points. The Celtics were aggressive on both sides of the ball, but staying focused for all 48 minutes was a key factor for Brad Stevens’ team.

They controlled the glass, grabbing 40 defensive rebounds while limiting the Heat on just 38.8% shooting from the field. The Celtics hit just nine triples out of 26 attempts (34.6), but the Heat made only 12 of their 44 3-point attempts (27.3%).

Gordon’s return will be a huge boost for the Celtics. Now, they can match up perfectly with the Heat, but guarding Bam Adebayo remains an issue. Bam was unstoppable in Game 3, accounting for 27 points and 16 boards while shooting 10-for-14 from the field.

I think the Celtics are ready to make the 2020 NBA Eastern Conference Finals very exciting after a couple of losses to start the series. Their defense was terrific in Game 3, and the Celtics just need to stay focused offensively.

Still, I expect to see a much better display by the Heat on Wednesday. They are a hard-working team capable of playing excellent defense, so taking the under on the totals might be the right move. The under has hit in eight of Miami’s last 13 games and nine of Boston’s previous 12 contests.

I would avoid the spread and bet on moneyline odds instead. As I’ve said, this should be a tight clash decided by a few points, so I’m taking the Celtics to win straight up at -155.