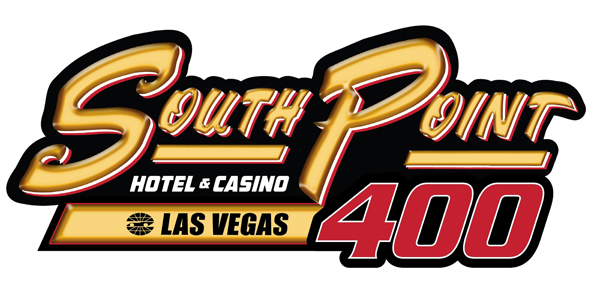 The South Point 400 will not have fans at Las Vegas Motor Speedway, but the Round of 12 begins this weekend so the drivers will have no problems creating their own buzz and excitement out on the track.

Kevin Harvick’s second win in the Round of 12 effectively shut the door for the guys below the cut line and we said goodbye to Matt DiBenedetto, Ryan Blaney, William Byron, and Cole Custer in the last race of the Round of 16.

We’ll look at who is left standing and handicap this weekend’s South Point 400, the first race on a 1.5-mile track since Kansas way back on July 23. Odds are from MyBookie Sportsbook for the race.

As has been the case all year, Kevin Harvick and Denny Hamlin are up among the favorites. Martin Truex Jr. still has his reputation on 1.5-mile tracks and it shows here in the odds. This feels like a pretty optimistic price for Chase Elliott, whose only win since the second race Charlotte right after the restart came on the Daytona road course, but it speaks to his talent level and success on the bigger ovals.

Joey Logano has 3,022 and Chase Elliott has 3,021 to round out the top five. Martin Truex Jr. is next with 16 bonus points. Then things get really interesting. Alex Bowman has 3,009 points. Austin Dillon and Aric Almirola each have five bonus points. Kyle Busch and Clint Bowyer each have four bonus points. Kurt Busch has some ground to make up with one bonus point.

Harvick, Hamlin, Keselowski, Logano, Elliott, and likely Truex are all safe to advance, barring a complete disaster in two or more of these three races. The other drivers are fighting for two spots with those six highly likely to advance.

All the way back on February 23 B.C. (before COVID), the drivers were at Las Vegas Motor Speedway for the second race of the season. Times were certainly simpler back then, weren’t they? This is a standard 1.5-mile tri-oval superspeedway track with turns ranging from 12 to 20 degrees of banking.

This is only the third year for LVMS with two races. They took the playoff race that previously belonged to Loudon, New Hampshire. This is a Sunday evening race. Last year’s race was the first night race at Las Vegas Motor Speedway and it was a quick one, as Martin Truex Jr. won in a neat and tidy 2:48:34. Joey Logano’s spring win came in at 2:35:11. The racing is usually pretty crisp and clean on this track.

BET ON NASCAR WITH A WELCOME BONUS AT MYBOOKIE

You have to be good, but you have to be lucky sometimes, too. Racing began in 1998 at LVMS. There are only seven active drivers with wins. Jimmie Johnson leads the field with four, but he hasn’t won here since 2010. Matt Kenseth and Brad Keselowski each have three, but, again, Kenseth’s last win was 2013. Keselowski won the first playoff race at LVMS back in 2018.

Martin Truex Jr., Kevin Harvick, and Joey Logano all have two wins apiece. Logano’s have been in the last two winter races. Truex is the reigning champ of this race. Harvick’s most recent win was the March race in 2018.

Basically, if you are looking for an upset winner from down the board, this probably isn’t the week for that.

Brad Keselowski gets the nod this week for me at +750. He’s got a top-five finish in half of his Las Vegas starts and the second-highest average finish of anybody with at least 10 races on the track. Only Logano is higher with his 14 starts and two wins.

I’ll also be looking at Ryan Blaney this week. Blaney is +1000. He’s got nothing to lose now that’s he out of the playoffs. It’s all about wins and he gets back to a 1.5-mile track for the first time in a while. He’s run well on those this season, including two third-place finishes at Charlotte and the most laps led and two stage wins at Texas over the summer.

The reality is that one of the top drivers likely wins. Harvick led the most laps back in February before finishing seventh. Elliott won the first two stages before finishing 26th. I’ll take a couple of Ford shots and look at matchups as we head into the weekend.