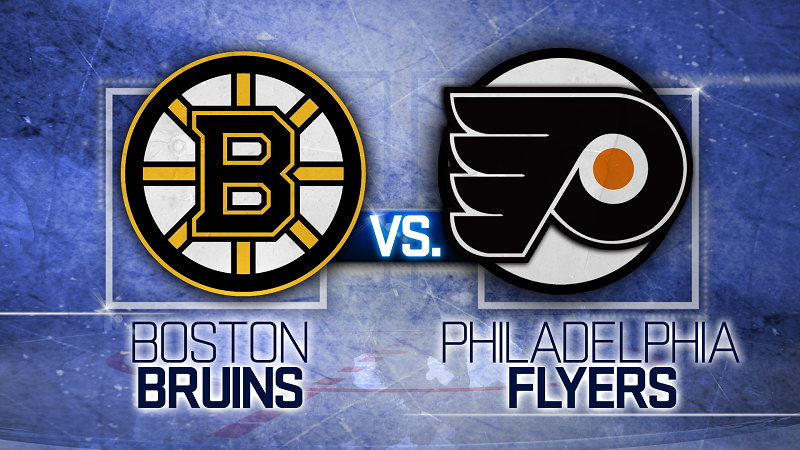 The NHL betting action continues with a couple of games on Wednesday’s slate, so we bring you the best Boston Bruins vs. Philadelphia Flyers betting pick and odds. These two foes met each other eight times in the abbreviated 2020-21 season, and Boston emerged victorious on six occasions.

The Bruins opened as -128 road favorites for their first date with the Flyers in 2021-22. Philadelphia is listed as a +116 moneyline underdog on BetOnline Sportsbook, while the totals sit at 5.5 goals.

Boston started the new campaign on a high note

After a disappointing second-round exit in the 2021 Stanley Cup, the Boston Bruins opened the new season with a convincing 3-1 victory to the Dallas Stars this past Saturday. They played as firm -180 moneyline home favorites and fully deserved a win over the mediocre Stars.

The Bruins took 40 shots towards Dallas’ goalie and yielded just 28 in a return. They went 0-for-3 with the man advantage, but the Stars couldn’t score on six power-play opportunities. Last season, the Bruins had the second-best penalty-killing percentage in the NHL (86.0).

Brad Marchand scored a couple of goals against Dallas, while Jeremy Swayman posted 27 saves. The 22-year-old netminder was 7-3-0 with a 1.50 GAA and a .945 save percentage this past regular season. This time around, Swayman will share the crease with Tuukka Rask and Linus Ullmark.

Philadelphia bounced back from a tough loss in the opener

The Philadelphia Flyers started the new season with a 5-4 shootout defeat to the Vancouver Canucks, playing as -140 home favorites. They bounced back with a 6-1 dismantling of the Seattle Kraken this past Monday.

The Flyers satisfied -135 moneyline odds in their second outing of the season and pleased the audience at Wells Fargo Center. Six different players found the back of the net, including center Derick Brassard, who added a couple of dishes.

Carter Hart turned aside 35 shots in that tough loss to the Canucks. He posted 23 saves against the Kraken to grab his first win of the season. Hart was disastrous last regular season, going 9-11-5 with a 3.67 GAA and a .877 save percentage.

While Jeremy Swayman is expected to get another starting call for the Bruins, Martin Jones should patrol the crease for the Flyers in this one. Jones joined Philadelphia in the offseason after spending six years with the San Jose Sharks, and he was 15-13-4 with a disappointing 3.28 GAA and a .896 save percentage in 2020-21. Interestingly, Jones has registered an identical save percentage in each of the last three regular seasons.

On paper, the Bruins are a slightly better team, though Philadelphia should be one of the best offensive teams in the league this term. Martin Jones hasn’t been at his best over the last few seasons, so I’m backing the Bruins to escape with a victory.

The Boston Bruins have been one of the best defensive teams in the NHL over the last few years. They were yielding only 2.39 goals per game last regular season (tied-4th in the league) while scoring 2.93 in a return (14th).

On the other side, the Flyers owned the worst scoring defense in 2020-21, surrendering a whopping 3.52 goals a night. Five of their eight last season’s encounters with the Bruins went in the over, so I’ll stick with this betting trend.