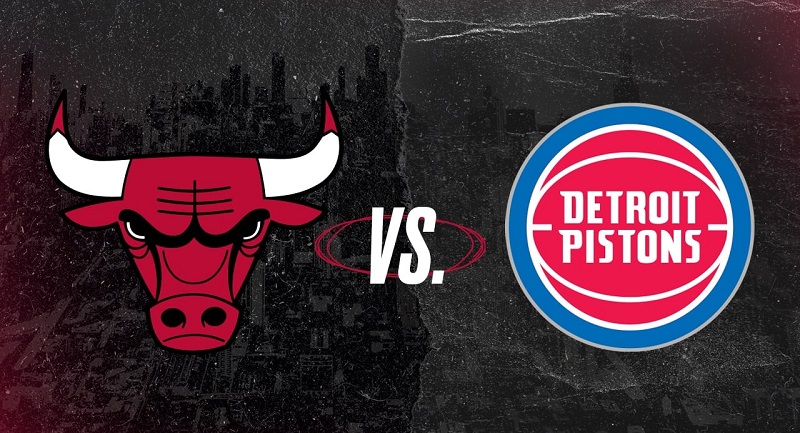 The NBA betting action is back, as the 2021-22 season started with a couple of games on Tuesday, October 19. Wednesday’s card brings 11 interesting games around the league, so we have prepared the best Chicago Bulls vs. Detroit Pistons betting pick and odds.

The Bulls head to Little Caesars Arena as 4-point favorites on MyBookie Sportsbook. The Pistons are +155 moneyline home dogs, while the totals are listed at 220.0 points.

The new-look Bulls are here

The Chicago Bulls went 31-41 last regular season and finished 11th in the Eastern Conference. They missed the playoffs for the fourth straight year, so the Bulls decided to make some big moves in the offseason.

Chicago acquired DeMar DeRozan on a three-year, $81.9 million deal via sign-and-trade, sending Thaddeus Young and Al-Farouq Aminu to San Antonio along with their 2025 first-rounder (top-10 protected). The Bulls also got Lonzo Ball from New Orleans in exchange for Tomas Satoransky, Garrett Temple, and their 2025 second-round pick.

Lauri Markkanen is no longer a Bull, so Chicago will lean heavily on Nikola Vucevic in the paint. The two-time All-Star averaged 21.5 points and 11.5 rebounds in 26 games with the Bulls last regular season. Of course, Zach LaVine remains the first scoring option after tallying 27.4 points a night on 50.7% shooting from the field and 41.9% from downtown in 2020-21.

The Pistons lean on some young lions

The Detroit Pistons will be one of the most interesting teams to watch in the East this term, but don’t expect much from Dwane Casey’s boys. Their win total is listed at 24.5 games, and the Pistons are massive +15000 underdogs to reach the 2022 NBA Finals.

Anyway, the Pistons will lean heavily on some very young and talented players. Everybody’s excited about the 2021 first overall pick, Cade Cunningham, who’s coming off an exceptional freshman year at Oklahoma State (20.1 PPG, 6.2 RPG, 3.5 APG). Keep your eyes on the second-year guard Killian Hayes and the second-year forwards Saddiq Bey and Isaiah Stewart as well.

Jerami Grant will remain the Pistons’ first scoring option after having a breakthrough 2020-21 season. The 27-year-old wing was averaging 22.3 points and 4.6 rebounds per game while making 35.0% of his 3-pointers. The Pistons went only 20-52 and finished dead last in the Eastern Conference.

Chicago is 7-0 straight up and 6-0-1 ATS in its last seven meetings with Detroit, and I’m expecting the Bulls to extend their dominance over the Pistons. Last season, Chicago easily won both duels at Little Caesars Arena, 100-86 and 108-96.

The Bulls looked sharp in the preseason, winning four straight games. With the right attitude, they shouldn’t have any problems beating the Pistons by five or more points in the opener. I hope the Bulls won’t underestimate their rivals, who’ll have strong support from the stands.

The under has hit in the last four encounters between the Bulls and Pistons. I will ride this betting trend, although the season opener is always a mystery. Still, the Pistons played at a slow pace this past regular season, averaging 97.9 possessions per 48 minutes, while the Bulls were recording 99.0 a night.

Also, both teams were in the bottom ten in the league when it comes to offensive efficiency. The Bulls should improve this time around, but the Pistons have a lot of young players who’ll need some time to get along with each other.