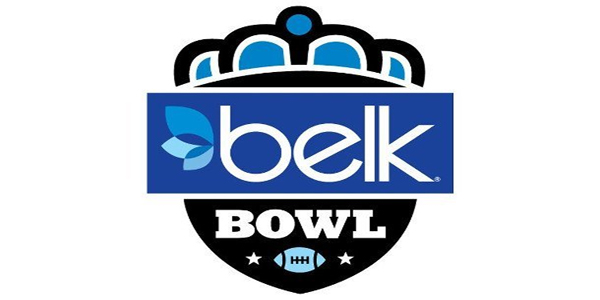 Bud Foster is really going to have to dial something up in his final game as the Virginia Tech defensive coordinator. His Hokies take on the Kentucky Wildcats and one of the most prolific rushing attacks in the country thanks to wide receiver turned quarterback Lynn Bowden Jr.

Virginia Tech is listed as the favorite at -2.5, but this line did open -3, so some of the early money has come in on the underdog Wildcats. This is a neutral-site game in Charlotte and both fan bases are capable of making the trip if they desire. The total is sitting in the 46.5 range across most of the market, down from the opener of 47.

Kentucky only passed for 1,405 yards this season. Quarterback Terry Wilson was hurt early in the season and backup Sawyer Smith was a disaster with a 4/5 ratio and a 45.6% completion percentage. Bowden actually surpassed that mark with a 46.8% completion rate on his 62 attempts. It was Bowden’s running, coupled with some strong numbers from Asim Rose, Kavosiey Smoke, and Christopher Rodriguez Jr. that really drove Kentucky’s offense.

Bowden wound up with 151 carries for 1,235 yards and 11 touchdowns. An 8.2 yards per carry average isn’t too shabby, especially when it comes in concert with running backs that picked up 5.4, 6.3, and 7.9 yards per carry. Credit to Mike Stoops, the offensive line, and offensive coordinator Eddie Gran for reinventing the offense on the fly. With no QB play to speak of on the roster because of injuries and ineffectiveness, Kentucky found a way and here they are as a very live dog in the bowl game.

Virginia Tech’s defense really stepped up and few teams were hotter than Virginia Tech through October and November. After the blowout loss to Duke on September 27, Virginia Tech’s only loss was a one-point defeat against Notre Dame before falling to Virginia in the annual rivalry game. The Virginia Tech offense also really took off because of a quarterback change. Hendon Hooker was inserted into the lineup and put up strong numbers. Had Hooker been available for the Notre Dame game, maybe VA Tech does come away with that one.

Hooker posted an 11/2 TD/INT ratio with a 62% completion rate. He also carried the ball 111 times for 306 yards. This isn’t an explosive offense by any means, with just 5.65 yards per play, but it is a dual-threat offense with Hooker. That dynamic was very much missing with Ryan Willis at quarterback.

This one is all about effort. Both teams should be pretty motivated to be here in what should be an evenly-matched game. Kentucky knocked off Penn State last season for the program’s first bowl win since 2008. Virginia Tech will want to send Bud Foster off on a high note with a win. All in all, this is one of the tougher bowl handicaps. The Kentucky running game is the best unit on the field bar none and the two defenses are pretty equal. Do you trust Mark Stoops and his staff or Justin Fuente and a highly-focused Bud Foster?

My personal power ratings actually have this game Virginia Tech -4, though their impressive run over October and November did force me to reevaluate them a few times over. Kentucky played a pretty weak schedule over the latter half of the season and still managed to lose to Tennessee at home. That being said, the huge blowout win over Louisville really stands out in the minds of a lot of people.

Because Kentucky has more big play capability, I will go against my numbers and call the ‘Cats my lean. I do think that this line should be a touch higher and it is likely a tad too low because of how the teams finished the season. Kentucky blew out Louisville and Virginia Tech lost for the first time in a very long time to Virginia.

This is one of the few bowl games in which I don’t have a strong opinion on anything. Perhaps a live betting opportunity arises.